VideoCast: What Investigation? The White House-GOP Tactics to Push Through Kavanaugh 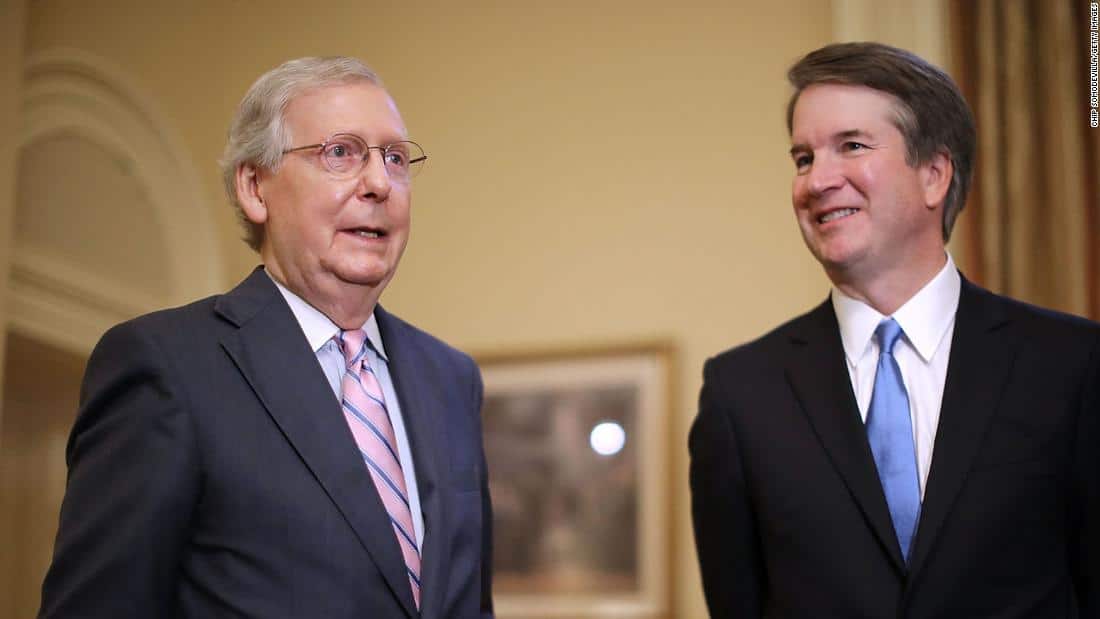 UPDATE 1630 GMT: I joined Austria’s Radio FM4 to discuss the politics about the FBI report — a “political cover letter”, rather than an investigation — on Brett Kavanaugh.

You’ve got more witnesses coming forward in the media, saying Kavanaugh’s heavy drinking may be connected to the claimed sexual assaults of three women.

But the other track is the White House directive to the FBI that you can only interview a few people. You can’t interview anyone regarding Kavanaugh’s drinking. And the FBI has refused to speak with the Yale University theology professor, a former roommate of Kavanaugh, who says he can corroborate the account of [second accuser] Deborah Ramirez.

As the White House and GOP leadership proclaim a strictly-limited FBI investigation has not supported sexual assault allegations against Supreme Court nominee Brett Kavanaugh, I spoke with TRT World on Thursday morning about the tactics to rush through the confirmation of the judge.

The White House and Senate Majority Leader Mitch McConnell hope the last week hasn’t happened — they hope they can sweep this all away.

There have been some disruptions to this — Donald Trump complicated this when he mocked [Kavanaugh accuser] Christine Ford on Tuesday.

This comes down to three Republican senators — Jeff Flake of Arizona, Lisa Murkowski of Alaska, and Susan Collins of Maine — despite all that we should be talking about regarding these claims.