TrumpWatch, Day 624: Kavanaugh to Be Confirmed Despite Claims of Sexual Assault and Deception 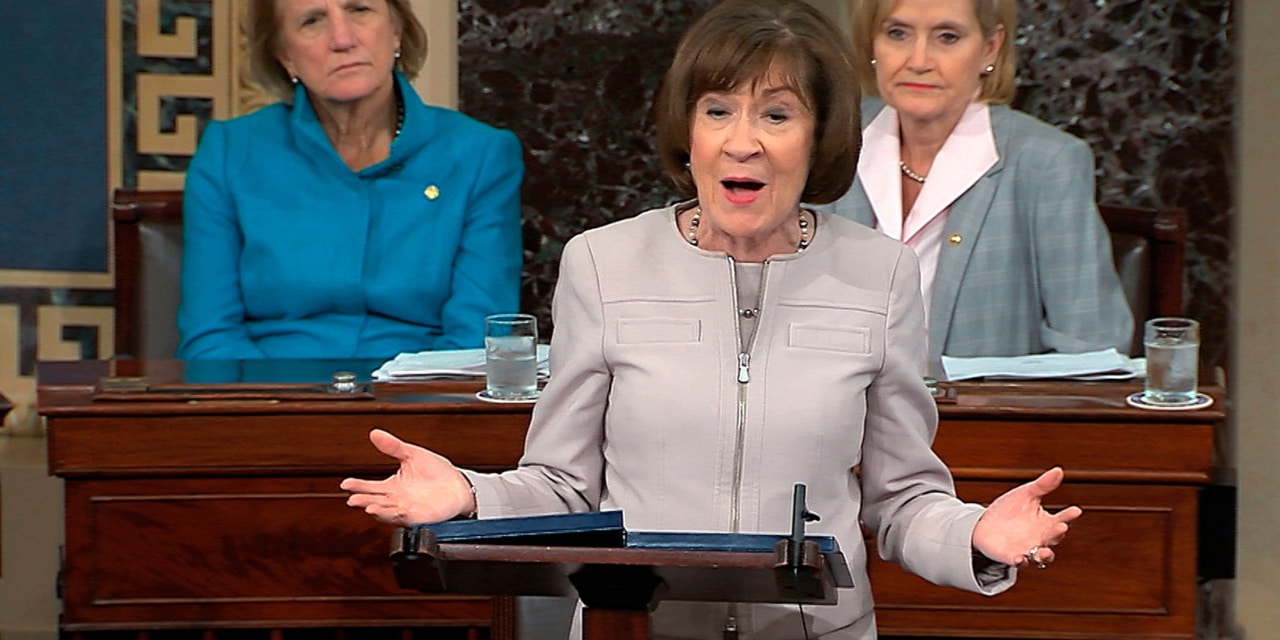 Brett Kavanaugh will be confirmed on Saturday as a Supreme Court Justice, despite claims of sexual assault and lying in his testimony before the Senate Judiciary Committee.

Kavanaugh’s confirmation was all but assured on Friday when Susan Collins of Maine, one of three undecided Republican senators, said in a lengthy speech on the Senate floor that she would vote Yes.

Attention was focused on Collins after another GOP senator, Lisa Murkowski of Alaska, said she could not confirm Kavanaugh. “I believe we’re dealing with issues right now that are bigger than the nominee, and how we ensure fairness and how our legislative and judicial branch can continue to be respected.”

That meant that a No from the Maine senator as well as Joe Manchin of West Virginia, the lone undecided Democrat, would turn the vote 51-49 against the White House’s choice.

But Collins, flanked by two other female Republican senators who back Kavanaugh, gave a statement which echoed the lines of GOP leaders — including Judiciary Committee chairman Charles Grassley — who have been trying push through the nominee before November Congressional leaders. She not only upheld a five-day FBI “investigation”, sharply limited by the White House with the mandate not to interview dozens of witnesses, but cast doubt on the compelling account of Kavanaugh’s first accuser Professor Christine Blasey Ford.

As Collins was speaking, the Republican men of the Judiciary Committee gave each other silent fist-bumps, and as soon as she finished, they embraced her. Grassley burst into tears.

The climax of the day, which began with a 51-49 vote to close debate on the nomination, was set up when Jeff Flake — the other undecided GOP senator, whose hesitation on the Committee had forced the White House and Republican leadership into the “investigation” — said he would support Kavanaugh.

Protesters, many of them survivors of sexual assaults, were left angered and frustrated. Just before Collins spoke, they yelled, “Vote no! Support Maine women!”

The demonstrators’ belief that they — as well as Kavanaugh’s accusers, two of whom were not interviewed by the FBI this week — have been ignored was reinforced when Grassley suggested that there are no GOP women on the Judiciary Committee because “it’s a lot of work — maybe they don’t want to do it.”. (Four of the 10 Democrats on the Committee are women: ranking member Dianne Feinstein, Amy Klobuchar, Kamala Harris, and Mazie Hirono.)

Earlier in the day, Donald Trump and leading Republicans — having said that Ford was mistaken in her “100%” identification of Kavanaugh as her attacker as a 1982 party — derided the protests as “a campaign of destruction” of the nominee and “mob rule”. Grassley used Trump outlet Fox TV in the morning to claim that the demonstrations were funded by the financier George Soros, a conspiracy theory quickly circulated by Donald Trump:

The very rude elevator screamers are paid professionals only looking to make Senators look bad. Don’t fall for it! Also, look at all of the professionally made identical signs. Paid for by Soros and others. These are not signs made in the basement from love! #Troublemakers

Maria Bartiromo asked Chuck Grassley this morning if he thinks George Soros is paying the elevator protesters. "I have heard so many people believe that. I tend to believe it," Grassley said. Trump tweeted the accusation about 80 minutes later pic.twitter.com/az8QtMZwma

Senator Majority Leader Mitch McConnell tried another approach. He mocked Democrats and, with unintended irony, said a vote against Kavanaugh would erode “the ideals of justice that have served our nation so well for so long”.

In a sit-down interview with @DanaBashCNN, Dr. Ford's lawyers address the accusation that her testimony was designed simply to create "a public spectacle."

Plus, does Ford regret her decision to appear, and does she want Judge Kavanaugh impeached?
https://t.co/MHCUtREjIf pic.twitter.com/bF7dfYiQzN

In a plot twist, The New York Times reveals that White House staff overruled Donald Trump’s wish for a proper FBI “investigation” of Brett Kavanaugh, warning that this would unacceptably delay the confirmation.

Last Sunday, two days after Senator Jeff Flake’s conditional vote forced the Judiciary Committee to accept the one-week inquiry sought by Democrats, Trump was unsettled by criticism of the Administration’s handling of the matter. So he instructed White House counsel Don McGahn to order a proper investigation.

McGahn told Trump that such an inquiry would be potentially disastrous for Kavanaugh’s chances of confirmation. He claimed that the White House could not legally order the FBI to carry out a wide-ranging investigation of the nominee’s life.