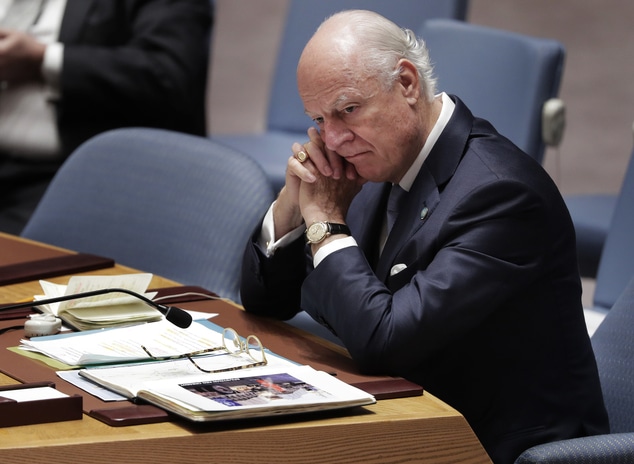 The UN envoy for Syria, Staffan de Mistura, is resigning at the end of November after more than four years in the post.

De Mistura announced his resignation during a meeting of the UN Security Council. He said he was leaving for “purely personal reasons,” telling members, “I will definitely not say goodbye or engage in reflections today.”

De Mistura followed former UN Secretary General Kofi Annan and Algerian diplomat Lakhdar Brahimi in the post. During his time, Russia seized the initiative in the political process, including from the UN’s Geneva process, as it supported the Assad regime and its military intervention to prop up Damascus and then reclaim opposition areas.

The envoy has made no headway in his pursuit of a political resolution. Instead, the UN Commission of Inquiry has found the ongoing commission of war crimes, particularly from the Assad regime, in the 91-month conflict in which hundreds of thousands have been killed and more than 11 million — about half Syria’s population — have been displaced.

De Mistura said he would spend the next month pursuing a “credible and balanced” Constitutional committee:

A month can be a century in politics. We will still have a very intense and, hopefully, fruitful month ahead. I am not laying down the charge until the last hour of the last day of my mandate.