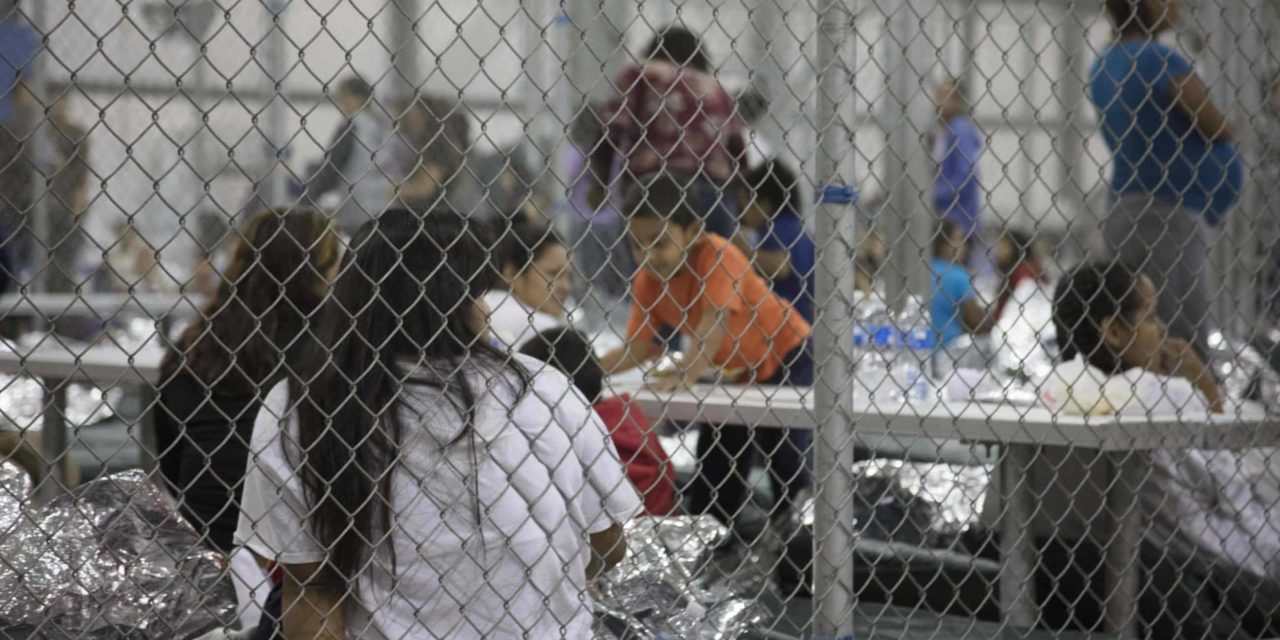 If approved those facing deportation *and* already-deported would get a shot at asylum.

Covers some cases where "psychological state of the parent" was issue in first interview. pic.twitter.com/gaicF5wXFO

The Guardian has interviewed dozens of former detainees about conditions, exacerbated by the Administration’s crackdown on immigrants crossing the US border. “Zero tolerance” included the seizure of almost 2,700 children from their parents — in late June, courts ordered an end to the detentions and set deadlines for reunions, but 419 juveniles are still separated.

Among the former detainees, now released on electronic supervision after the court intervention, are “Rafael and Kimberly Martinez” (pseudonyms to protect their identity). With their three-year-old daughter, they journeyed from Honduras to seek asylum.

Kimberly Martinez recalls five days in one facility nicknamed “la hielera” (the icebox): “The conditions were horrible, everything was filthy and there was no air circulating.”

Rafael adds, “It’s as though they wanted to drain every positive feeling out of us.”

They spoke of having only half-frozen bologna sandwiches to eat, with single sugar cookies for their daughter and water with a strong chlorine taste which upset their stomachs.

When three-year-old “Jenny” had a serious case of flu, she and Kimberly were taken to a hospital where they waited for hours with nowhere to sit or lie down, and with no blankets. Back in detention, they were put in isolation and Rafael was denied access.

Jenny also had developing jaundice because of lack of vitamins, fresh air, and sunshine. Restrooms were filthy, with no toilet papers, and dirty blankets were passed to new arrivals.

In Sickness and In Cruelty

Other asylum-seekers testified about the overcrowded and unhygienic conditions, with outbreaks of vomiting, diarrhea, respiratory infections, and communicable diseases. They complained about guards who yelled at children, taunted detainees with promises of food that never appeared, and kicked people who did not wake up at the required time.

If they talked too loudly or if children were crying, the detainees said, the guards would threaten to turn the air temperature down further. When they sang hymns, the guards would taunt or ask aggressively: “Why did you bother coming here? Why didn’t you stay in your country?”

Most families were subsequently transferred to a building called “la perrera” (the dog pound), probably the Border Patrol’s central processing center in McAllen, Texas, the largest such facility in the US southwest. Detainees said temperatures were warmer, staff kinder, burritos and apples instead of frozen sandwiches, and permission to shower.

Still facilities like the McAllen center were not designed to hold detainees overnight. Most interviewees said they were held between three and seven days, with some kept for more than 10.

The immigrants said they were not given mats to sleep on, toothbrushes, or toothpaste. Many said they had not even received blankets.

Doctors and nurses who treated the asylum seekers after their release said they saw a lot of boils and skin rashes, because of the lack of hygiene, and severe constipation from dehydration and poor food intake.

Despite the conditions and the court opposition to its approach, the Trump Administration said that it will seek the abrogation of the 1998 “Flores Settlement”, requiring that children be released from detention after 20 days.

Immigration attorneys speak of an Administration refusal to discuss the situation. Holly Cooper, a law professor who is suing the government over the administration of psychotropic drugs to immigrant children, says:

I’ve been doing work with detainees for 20 years, and the biggest change in my mind is the government’s attitude of impunity.

Before, I could sit down with government officials and they would at least hear me out as I strived to push the needle toward something more humane … Now there’s a total kibosh on talking to civil rights lawyers.