TrumpWatch, Day 598: Trump Falls Back on the Economy 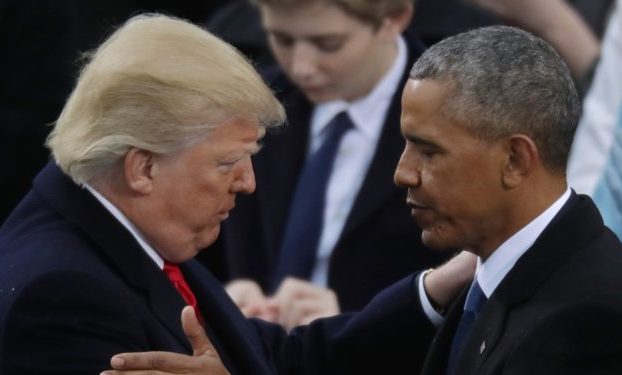 Under pressure from political and legal challenges to his legitimacy, Donald Trump falls back on the US economy to try and ease the pressure.

Trump — in a questionable presentation of the economic case — has always boasted that he has presided over a boom saving America from his predecessor Barack Obama. However, his summer PR in the run-up to November’s Congressional elections had focused more on his tough-guy stance over issues such as immigration and tariffs.

That has shifted in the past week as Trump was buffeted by a combination of negative stories: the Trump-Russia investigation; extracts from Bob Woodward’s book Fear depicting a disfunctional Administration under an incoherent, ill-informed, and impulsive President; and the “Quiet Resistance” editorial by a “senior Administration official” in The New York Times.

Trump tipped off the approach last month, following his implication in criminal activity by his former lawyer Michael Cohen, with the assertion that the stock market will crash and GDP plummet if he is impeached. In the past week, he has used rallies and appearances to check off a litany of supposed successes, beginning with a proclaimed economic miracle.

But that brought a new challenge from former President Barack Obama, in his address last Friday at the University of Illinois which criticized Trump for degrading US politics and society. Obama also noted that the recovery, following the financial crisis of 2008, began under his watch:

When you hear how great the economy’s doing right now, let’s just remember when this recovery started. When you hear about this economic miracle that’s been going on, when the job numbers come out, monthly job numbers, suddenly Republicans are saying it’s a miracle. I have to kind of remind them, actually, those job numbers are the same as they were in 2015 and 2016.

He followed up with “Trump has set Economic Growth on fire. During his time in office, the economy has achieved feats most experts thought impossible”.

Despite the recovery, economic growth — contrary to Trump’s assertions — has been slower than after other recessions since World War II with unequal distribution. However, the rebound has been steady under both the Obama and Trump Administrations, with 95 straight months of job improvement.

In the 19 months starting after Mr. Trump’s inauguration, the economy has created 3.58 million new jobs — but in the last 19 months of Mr. Obama’s presidency, it added 3.96 million. The nation’s economy reached a 4.2% growth rate in the second quarter of this year — the same as in 2014 and still less than other periods such as the 1980s under the Reagan Administration.

However, the eight years of recovery has allowed Trump to claim headline-winning prizes such as unemployment at 3.9%, close to the lowest it has been in 50 years, with joblessness among African-Americans and other minorities at historically-low levels.

Supporters claim that Trump has bolstered the Obama-era gains with the record tax cuts of December 2017. Critics point to a likely bubble, given that the cuts add an estimated $1.3 trillion to the Federal Government’s budget deficit.

N. Gregory Mankiw, a Harvard economist and chairman of the president’s Council of Economic Advisers under George W. Bush, summarizes:

I can say that the economy was in fine shape at the end of the Obama administration, despite what President Trump sometimes asserts. The tax cuts likely made it stronger, while worsening the long-term fiscal imbalance. Reasonable economists can and do disagree about how much impact the tax plan has had.