Israel’s Message to Assad: Our Missiles Know Where You Live 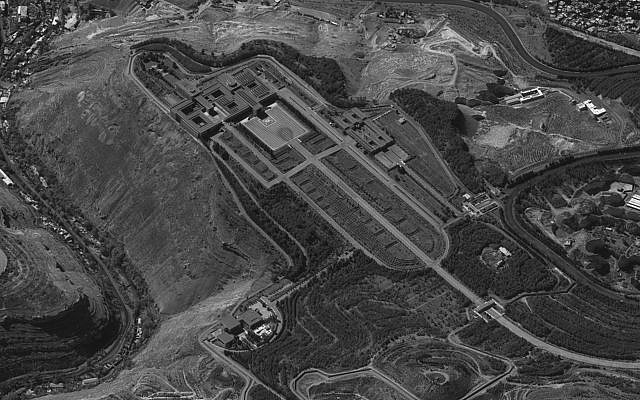 Maintaining pressure on the Assad regime — particuarly over the Iranian military presence in Syria — Israel has sent a pointed message to Bashar al-Assad: we know where we live.

The Israeli Defense Ministry has released photographs taken by its newest spy satellite of sites located inside Syria, including Assad’s Presidential Palace.

The ostensible reason for the publishing of the image was the 30th anniversary of Israel’s first orbital launch. But the three pictures happened to show the palace; tanks on a regime military base; and the Damascus International Airport — which was reportedly targeted by an Israeli missile strike on Saturday night.

Israel has periodically carried out missile strikes on regime targets since the Syrian uprising began in 2011. Initially the attacks concentrated on preventing transfer of weapons and rockets from Iran to Lebanon’s Hezbollah, another essential ally for the Assad regime, and on deterring any Iranian and Hezbollah presence in southwest Syria near the Israeli-occupied Golan Heights. In the past year, the strikes have expanded on regime positions, including major bases, across the country in support of Prime Minister Benjamin Netanyahu’s demand that all Iranian and Iranian-led personnel withdraw.

Following standard practice, the Israel Defense Forces did not claim responsibility. But on Sunday, Netanyahu said:

Israel is constantly working to prevent our enemies from arming themselves with advanced weaponry. Our red lines are as sharp as ever and our determination to enforce them is stronger than ever.

Amnon Harari, the head of the Defense Ministry’s space program, made no reference to Syria or Iran on Monday. Instead, he focus on the technological achievement — and mentioned unnamed

Israel’s independent capabilities in the field of satellites represents a significant advantage in its efforts to stand up to various security threats. The quality of the images and photographs that are produced by our different satellites is incredible and provide us with valuable intelligence, and prove that the sky is not the limit.