Iran Reaches Out to Pakistan in Tehran’s Hour of Need 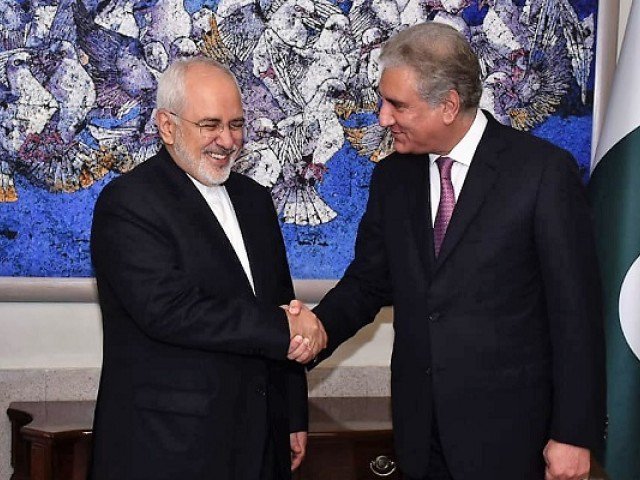 Facing US sanctions, Iran is looking for a restored relationship with Pakistan — but a new start will have to survive several tests.

During the bilateral negotiations, Foreign Minister Shah Mahmood Qureshi expressed Pakistan’s support for the Iranian stance on the 2015 nuclear deal and hoped that all other actors will remain committed to it.

Qureshi said, “Pakistan stands with Iran in this hour of need.” It is quite an interesting choice of words from the Pakistani Foreign Minister. Whether Pakistan can afford the diplomatic, political, and economic cost of standing with Iran is still to be seen and depends on a number of variables.

The Pakistan-Iran relationship has been long periods of warmth followed by years of rather cold political engagement. During the Shah’s time, both countries were not only politically aligned in the same international bloc but also shared a similar political outlook for the region. All this changed with the Islamic Revolution of 1979 in Iran.

Pakistan’s proximity to Arab Gulf Kingdoms during the Afghan war and Iranian policies towards Gulf countries created a further disconnect between the two countries. After the end of the 1980 Afghan war, Iranian relations were far from cordial with the Taliban government, which was essentially backed by Pakistan. The killing of Iranian diplomats during the Taliban takeover of Mazar-e-Sharif and the rise in sectarian violence within Pakistan darkened the clouds.

The bilateral relationship blossomed to some extent under the Pakistan Peoples Party (PPP) government from 2008-2013, during which the long-contemplated Pakistan-Iran gas pipeline agreement was finally reached and construction commenced. This momentum was lost with the change of government in Islamabad. Pakistan’s arrest of Indian spy Kulbhushan Jadhav, allegedly involved in terror planning and sabotage activities from the Pak-Iran border, had disastrous consequences. Attacks on Iranian security forces, attributed to the Baluch separatist groups Jundullah and Jaish ul-Adl, added to discord.

The Barriers to a New Beginning

It is against this background that Iran is again reaching out to Pakistan. On the surface, the optics might suggest some melting of ice on both sides and prospects of renewed bilateral cooperation. However, with structural hindrances and recent developments in global politics, it is advisable for expectations to be realistic.

Iran is feeling a political and economic isolation within the broader region, due to the reimposition of American sanctions after the US withdrawal from the 2015 nuclear deal. Buyers of Iranian oil are reducing their purchases, and trade with European Union countries has taken a massive blow.

In such a scenario, Iran will try to convince Islamabad — given its support of the nuclear accord — to complete construction of Pakistan’s portion of the gas pipeline. Pakistan’s endemic energy problems make Iranian gas a lucrative option. But the report of a recent inter-ministerial meeting to assess the impact of the US withdrawal from the deal, and the possibility of secondary sanctions on countries dealing with Iran, suggest strong challenges and limitations remain.

Indeed, the structural barriers to the pipeline’s completion and extension of bilateral trade have only been amplified. Islamabad may give rhetorical support to Iran’s stand against the US, but it cannot afford sanctions hitting Pakistan. And Saudi Arabia’s offer of a $4 billion loan package through the Islamic Development Bank is likely to force the new government to restrict any deals with Tehran.

On regional security, and specifically Afghanistan, both sides probably will find common cause. Iran and Pakistan have each stressed the inclusion of the Taliban in the Afghan decision-making process and gradually in the Afghan government.

However, the Iranian recruitment of Pakistani Shia, particularly from the Parachinar area of the Kurram tribal district, has unsettled Islamabad’s security cadres. Then there is the Indian presence in the Iranian port of Chabahar and the cross-border activities in Balochistan. Iran needs to satisfy these concerns of Pakistan’s security establishment, if all the powerful actors in Islamabad are to read from the same page about bilateral trust.

The Iranian effort to woo this new Pakistani government might have been more successful if the nuclear deal was intact, and if Tehran’s role in the neighborhood was seen as solely that of peacemaker and not that of troublemaker. Since neither is the case, a new start will have to survive several tests to keep the smile on Mohammad Javad Zarif’s face.