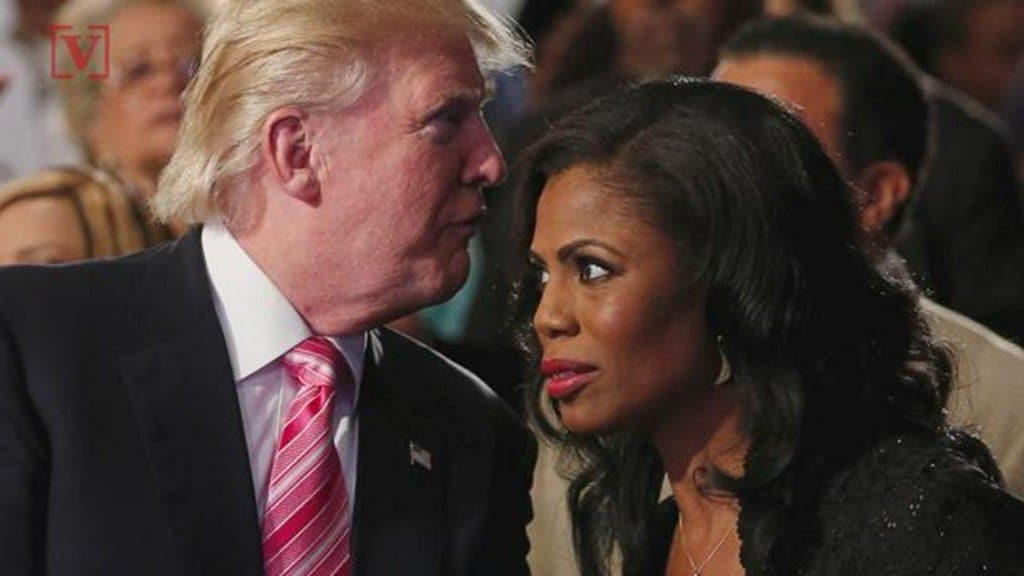 While his staff denied that he is a racist, Donald Trump uses Twitter for his latest insult of an African American, calling his former White House staffer Omarosa Manigault Newman a “lowlife” and a “dog”.

Trump’s fury has been fuelled by revelations from Manigault Newman as she promotes a forthcoming book, including an account of 11 months in the White House communications office before she was fired in December 2017 by Chief of Staff John Kelly. She is disclosing tapes of conversations, including one in which White House staff appear to discuss Trump’s use of the N-word to denigrate African Americans when he was host of the reality TV show The Apprentice.

Manigault Newman was a contestant on both The Apprentice and Celebrity Apprentice.

Trump, who railed against Omarosa as “wacky”, “deranged”, and “vicious but not smart” on Monday, opened yesterday with a denial — trying to use Mark Burnett, The Apprentice producer who has refused to release tapes of conversations — and more insult:

.@MarkBurnettTV called to say that there are NO TAPES of the Apprentice where I used such a terrible and disgusting word as attributed by Wacky and Deranged Omarosa. I don’t have that word in my vocabulary, and never have. She made it up. Look at her MANY recent quotes saying….

….such wonderful and powerful things about me – a true Champion of Civil Rights – until she got fired. Omarosa had Zero credibility with the Media (they didn’t want interviews) when she worked in the White House. Now that she says bad about me, they will talk to her. Fake News!

But it was a later tweet, after Trump has put out his customary denunciations of his agencies and the Trump-Russia investigation, that took over headlines:

When you give a crazed, crying lowlife a break, and give her a job at the White House, I guess it just didn’t work out. Good work by General Kelly for quickly firing that dog!

The White House spent the rest of the day trying to justify Trump’s remarks.

Press Secretary Sarah Huckabee Sanders said Trump lashed out at people of all races, while she could “not guarantee” that there was no tape of him using the N-word: “The fact is the President’s an equal opportunity person that calls things like he sees it.”

She tried to argue that her presence disproved Trump’s racism: “If at any point we felt that the president was who some of his critics claim him to be, we certainly wouldn’t be here.”

The spokesperson then put out the false claim that Trump created 700,000 jobs for African-Americans in less than two years, compared to 195,000 jobs during the eight years of the Obama Administration.

Labor Department statistics establish that African American employment grew by about three million during the Obama years. As the figures circulated, Sanders issued a rare apology:

Correction from today’s briefing: Jobs numbers for Pres Trump and Pres Obama were correct, but the time frame for Pres Obama wasn’t. I’m sorry for the mistake, but no apologies for the 700,000 jobs for African Americans created under President Trump https://t.co/EXGvbliwlS

A Word on Top of Decades of Behaviour

The controversy spurred by Manigault Newman comes days after the first anniversary of white supremacist marches and violence in Charlottesville, Virginia, which Trump excused by saying that there were “good people” in the marches and — falsely — that “many sides” were responsible for the unrest in which a woman was killed by a white supremacist who rammed a car into a group of counter-protesters.

Trump has drawn attention for decades over his treatment of people of color, including African Americans. He was sued by the Federal Government for racial discrimination in his housing developments in the 1970s. In the 1980s he called for the death penalty against the “Central Park 5”, young men who were wrongfully convicted of raping a woman jogging in New York City. As President, he has derided African Americans — including athletes like LeBron James, journalists such as Don Lemon, and politicians including Maxine Waters — of being crazed or having low IQs. He has called immigrants “animals” and “vermin”, referred to African and Caribbean countries as “shitholes”, said that Haitians have AIDS, and implied Nigerians should return to their “huts”.

Manigault Newman, long held up by Trump as an example of African Americans who support and admire him, said on Tuesday that Trump treats women differently from men because he “believes they are beneath him” and often denigrates minorities.

“He has absolutely no respect for women, for African Americans,” she said.