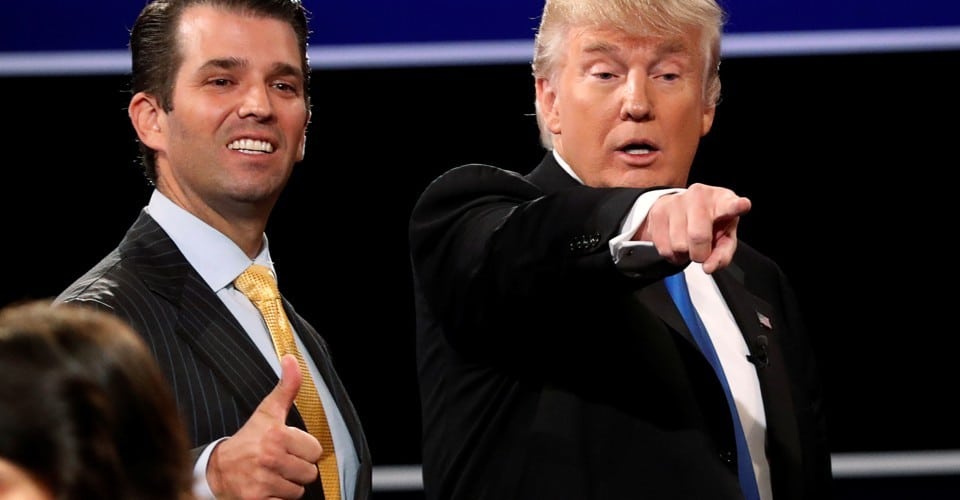 Donald Trump is fuming over the Russia conspiracy closing on his family, but hitting back in rallies for November’s Congressional elections.

Interviewing 14 Administration officials, Trump friends, and outside advisors, The Washington Post profiles a volatile Trump brooding over Special Counsel Robert Mueller’s investigation and frustrated that he is not getting credit for his claimed achievements.

As he begins an 11-day vacation, Trump is lashing out on Twitter, not only against his agencies and personnel — he has called on Attorney General Jeff Sessions to halt the Trump-Russia inquiry, an implicit command for the firing of Mueller — but also against basketball star LeBron James after a CNN interview:

Lebron James was just interviewed by the dumbest man on television, Don Lemon. He made Lebron look smart, which isn’t easy to do. I like Mike!

On Saturday, Trump — with a fundamental misunderstanding of economics and confusion of tariffs with taxes — put out a series of messages insisting that his threatened trade wars with China and US allies such as the European Union and Canada will benefit the US:

….Tariffs will make our country much richer than it is today. Only fools would disagree. We are using them to negotiate fair trade deals and, if countries are still unwilling to negotiate, they will pay us vast sums of money in the form of Tariffs. We win either way……

Sources said Trump is confiding to friends and advisers that he is worried the Trump-Russia investigation could destroy the lives of “innocent and decent people”, especially his son Donald Trump Jr., who arranged a June 9, 2016 meeting with three Kremlin-linked envoys promising information that would damage Democratic nominee Hillary Clinton.

One advisor indicated Trump is effectively acknowledging conspiracy, but believes it was accidental, with Donald Trump Jr. “inadvertently” falling into legal jeopardy.

Trump has also been angered by the reported claim of his former attorney Michael Cohen that the President knew in advance of the meeting with the Russians in Trump Tower. Last week Trump’s lawyer Rudy Giuliani gave a rambling account which only fed the possibility of “collusion” and pointed to a preparatory meeting on June 7 among Trump Jr. and advisors such as campaign manager Paul Manafort and Trump Sr.’s son-in-law Jared Kushner.

The inside sources also said Trump is agitated about the trial of Manafort on financial charges. He has followed the hearings, which began this week, with the declaration that Manafort — campaign manager for five months — “has absolutely nothing to do with me”.

Looking back on history, who was treated worse, Alfonse Capone, legendary mob boss, killer and “Public Enemy Number One,” or Paul Manafort, political operative & Reagan/Dole darling, now serving solitary confinement – although convicted of nothing? Where is the Russian Collusion?

Flailing against the “Witch Hunt”, Trump has stepped up his stream of false statements. According to the Post’s Fact Checker, he has now put out 4,229 lies since January 2017 — and almost 1,000 in the last two months.

A Respite at Rallies

Trump has found personal security on the campaign trail, with rallies in the past week in Florida, Pennsylvania, and Ohio.

The appearances are ostensibly for GOP candidates facing tough contests, but Trump has used them to exalt his supposed triumphs and to insult his opponents. He has repeated his portrayal of the “horrendous” media as the “enemy of the American people”.

Trump then added another lie — that the UK’s Queen Elizabeth II kept him waiting 15 minutes for their meeting last month, when in fact he was 12 minutes late for the encounter:

He was buoyed by supporters who, as soon as he mentioned Hillary Clinton, chanted, “Lock her up.”