Syria Daily: Russia to US — Give Us Money for Refugees to Come Back 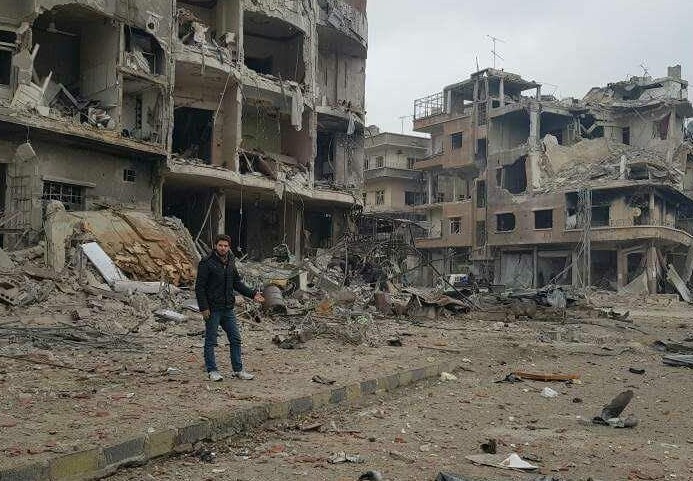 Russia has approached the US military for money to fund Syria’s reconstruction and the return of refugees.

For weeks, Moscow — which faces its own economic concerns — has been signalling that the international community should provide the hundreds of billions of dollars necessary after the destruction of Syria in an 89-month conflict. The formal approach to the US came in a July 19 letter from Gen. Valery Gerasimov, the chief of the Russian General Staff, to Gen. Joseph Dunford, chairman of the US Joint Chiefs of Staff.

The Russians noted that, with a 75% loss of GDP during the war, the Assad regime “lacks the equipment, fuel, other material, and funding needed to rebuild the country in order to accept refugee returns”.

They suggested a hub in Jordan to organize efforts and a joint US-Russian group to finance reconstruction of infrastructure.

The US Government knocked back the letter, saying that it will only provide support if there is a political solution over the Assad regime and the uprising.

Any American assistance also faced Donald Trump’s objections to any US funds going into Syria. This spring Trump froze $200 million for American efforts at stabilization in northern Syria, following the recapture of territory by the US-supported, Kurdish-led Syrian Democratic Forces from the Islamic State.

The SDF now controls many of the oil and gas fields that the Assad regime needs for even a limited economic recovery.

The Kremlin and Russian Defense Ministry did not comment on the revelation of the letter.

The Trump Administration has said that Donald Trump and Russian President Vladimir Putin discussed the issue at their July 16 summit in Helsinki, but — with the two men talking in a one-on-one meeting — the substance of the conversation is unknown beyond US Secretary of State Mike Pompeo’s statement that it was on “how we might get the refugees back”.

Defense Secretary Jim Mattis said last week that no changes of US policy came out of the summit, and a US Government memorandum highlighted the Russian propaganda effort presenting an international commitment to funding reconstruction:

Russian diplomats and other officials have also been engaging in an aggressive campaign to describe the initiative in other capitals and to insinuate that it is an outcome of the U.S.-Russia meeting in Helsinki, which it is not, repeat not.