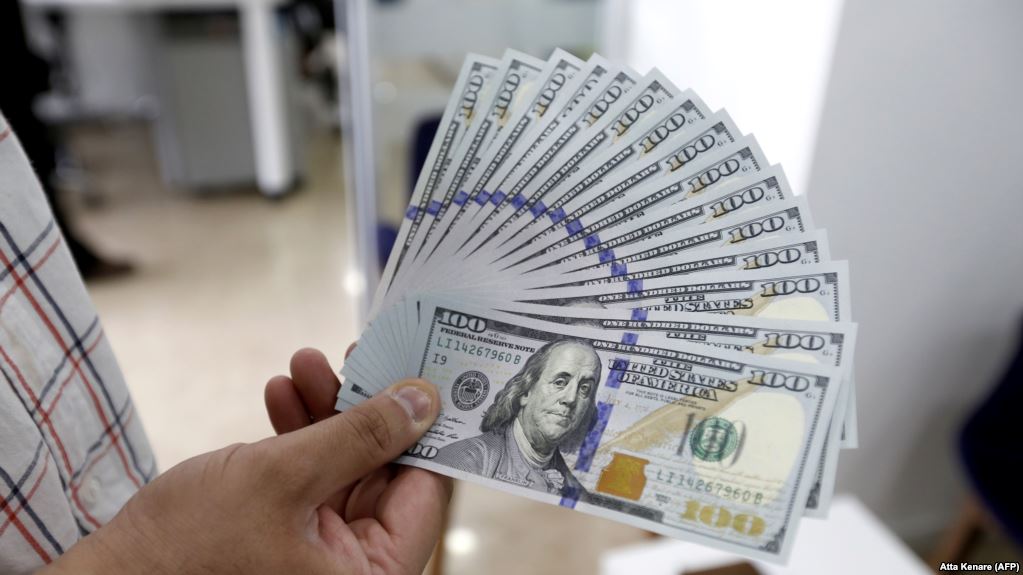 Requests by Iran’s importers — and others exploiting the situation for profit — are threatening to collapse Iran’s fragile currency.

Since early this year, as the Iranian rial fell 60% against the US dollar, the Government has given a discounted rate of 42,000:1 to importers, exporters, and travellers.

That offers an opportunity for speculators, if they can get the discounted foreign currency, for a quick return by selling the currency at much closer to the current open-market rate of 106,000:1 v. the US dollar.

Industry Minister Mohammad Shariatmadari revealed that applications for import licenses at the discounted rate have tripled to $250 billion since March. That is almost triple Iran’s annual income from oil sales.

Shariatmadari said the “unbelievable” amount is due to a “number of” profiteering individuals seeking to “fish in troubled waters” over the currency crisis.

The Minister said that the system must be tightened immediately with a thorough vetting of the qualifications and “business record” of any applicant.

Authorities repeated this week that they are dealing with the rial’s devaluation, widely blamed on the US seeking to foster discord and undermine the Islamic Repubic, by arrested scores of individuals disrupting the foreign exchange markets and profiting from the subsidized foreign currency.

Last weekend the Supreme Leader endorsed the proposal of judiciary head Sadegh Larijani to crack down on “economic corruptors”. Special three-judge Revolutionary Courts will be established, with no appeal of convictions and sentences — unless the death penalty is imposed, in which case the defendant has 10 days to ask for review.

“US Trying to Make Us Surrender”

The Rouhani Government blamed the US on Wednesday for economic difficulties, saying Washington is trying to force Iran’s capitulation through sanctions.

1st Vice Oresident Eshaq Jahangiri said, “America is trying by applying various pressures on our society to force us to retreat and surrender.”

He defined “the first priority for all of us under a sanctions situation” as 2work toward managing the country in a way that brings the least amount of damage to people’s lives”.

President Hassan Rouhani asserted on State TV, “We will not let the enemy bring us to our knees. If the enemy thinks they will defeat us, they will take this hope to the grave with them.”

Foreign Minister Mohammad Javad Zarif echoed the warning, “The US is trying to create a psychological atmosphere….Basically the entire goal is to psychologically affect our nation and to affect the psychological vibe of our trade partners across the globe”

But he maintained that the sanctions would fail, “The world is not ready to follow the US.”

Mohamamdi’s husband Taghi Rahmani said she was finally admitted for medical treatment “after she suffered pain and discomfort for weeks”. He called on the judiciary to release the political prisoner “so that her illness can be controlled without any stress”.

The Center for Defenders of Human Rights, where Mohammadi worked before she was arrested, said that she has lost more than 16 pounds in recent weeks and that “doctors found a growth in her stomach”.

Mohammadi has been repeatedly hospitalized since being imprisoned in May 2015 to serve a 16-year prison sentence. She suffers from a neurological disorder that causes muscular paralysis.

She was previously imprisoned from 2010 to 2013 after a 6-year sentence for “assembly and collusion against national security”, membership in the Defenders of Human Rights Center, and “propaganda against the state”.

Her re-arrest in 2015 came two weeks after she was among activists meeting Catherine Ashton, the European Union’s foreign policy chief, at the Austrian Embassy in Tehran.

The European Union has expressed serious concerns about the detention of human rights lawyer Nasrin Sotoudeh.

Sotoudeh, who represented political prisoners seized after mass protests in 2009 over the disputed Presidential election, was first detained in 2010. She was released in 2013 but re-arrested last June amid a crackdown on defense lawyers.

“The EU is seriously concerned about the arrest of the prominent Iranian lawyer and 2012 laureate of the European parliament’s Sakharov Prize, Ms Nasrin Sotoudeh,” an EU spokesperson said on Wednesday. “We have contacted the Iranian authorities on the matter to seek more information about her situation,”

Sotoudeh is facing charges including espionage after she represented women arrested for demonstrating over the compulsory wearing of hijab.

“My client was taken to prison some time ago based on a verdict that was issued in absentia,” Sotoudeh’s lawyer Payam Derafshan said Tuesday. “An [initial] indictment specified the charges against her as spreading propaganda against the ruling establishment and insulting the Supreme Leader, but the Branch 28 of the Revolutionary Court has issued a verdict based on the charge of espionage.”