TrumpWatch, Day 555: The 6-Year-Old Immigrant Forced to Sign Statement After Being Sexually Abused 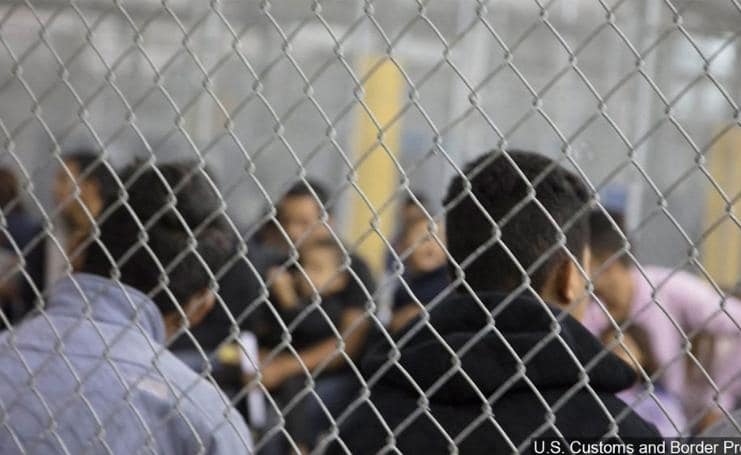 In a demonstration of the Trump Administration’s “zero tolerance” policy separating children from undocumented immigrant parents, a 6-year-old girl is sexually abused at a detention facility — and forced to sign a statement taking responsibility.

Immigrant-rights advocates say the girl was abused by an older child at an Arizona detention facility. The statement says she was told to maintain her distance from her attacker.

The girl and her mother fled gang violence in Guatemala, presenting themselves to Border Patrol authorities at a point of entry in El Paso, Texas on May 24. Despite paperwork seeking asylum because of “credible fear” over a return to Guatemala, the girl was separated from her mother two days later and sent to a facility outside Phoenix.

The girl’s father, an undocumented immigrant living in California, was told on June 11 about the claimed abuse. He was told not to worry because the facility was changing some of its protocols and the abuse would not recur. However, when he asked to speak with a social worker, no one contacted him.

On June 12, the girl was presented with the form that, as part of the intervention protocol, she had been instructed to “maintain my distance from the other youth involved” and had been provided with “psychoeducation”, such as “reporting abuse” and “good touch, bad touch”. She signed with a single letter “D”, supposedly showing her comprehenion that “it is my responsibility to follow the safety plan”.

Ten days later, the detention center again contacted the father to say his daughter had again been fondled by the older boy. He asked how the facility could allow a second incident, given its promise of prevention. The woman on the phone said that she was only calling him to advise him of the episode, and that he would have to speak with the director.

I felt really horrible. I couldn’t do anything for her, because we were separated. It was a nightmare. When my husband told me what happened, I felt helpless. She was so little, she was probably so scared, probably afraid to say anything to anyone. It was a total nightmare for me.

She explained that, when the two were reunited:

I hugged her, I was crying. She didn’t recognize me. She told me that she thought I was never going to be with her again and that she was going to have to live with another lady. She behaved like she was still in detention. She wouldn’t touch me, hug me, or kiss me.

It lasted for a couple of days. She didn’t know I was her mom. She thought I was another social worker.

The Trump Administration was supposed to reunite children with parents by last Thursday, under a court-ordered deadline. However, more than 40 of 103 under-5s and more than 700 over-5s — out of an official total of more than 2,500 — are still separated.

In 468 cases, parents have already been deported, and in another 130, they signed away their rights to reunions. Government officals say other reunions are impossible because parents are incarcerated, unfit, or a threat to their children’s health and safety.