TrumpWatch, Day 531: “Treated Us Like Animals” — Immigrants’ Accounts of Detention 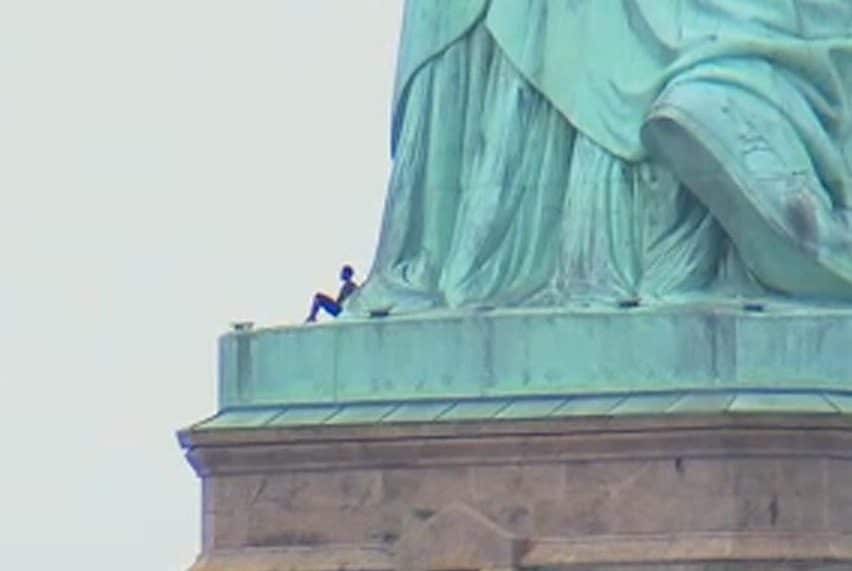 In letters and court filings, detainees and advocates speak of immigrants being treated “like animals” after separation from their children under the Trump Administration’s “zero tolerance” policy.

One woman held in a detention center in Taylor, Texas wrote of “la perrera” — the dog pound — with its chain-link cages. For eight days after she was seized near the US-Mexico border, she was unable to bathe or brush her teeth, as detainees slept on the floor under “aluminum paper” blankets.

“They treated us so horribly, as though we were animals,” she summarized.

And for 21 days, she did not know the fate of her daughter or son as they were taken to another detention center.

Grassroots Leadership, a civil and human rights organization, arranged for 16 women to write letters and to get the messages out of the center. “They were written to tell their experience publicly to ask for help in being released from detention and reunited with their children,” said organizer Bethany Carson.

In the letters, women speak of being mistreated both in holding centers and then in the Hutto detention center in south Texas, with the media refused access to hear their stories. “Antonia” wrote:

No one tells us what will happen with us and our children….My son asks me to get him out and I am here, locked up, without the ability to do anything. I feel so powerless from not being able to help my son. Please help
bring him back to me. It has been a month since they snatched him from me and there are moments when I can no longer do this.

Immigration and Customs Enforcement said it cannot address claim without knowing the specific facility or identity of the detainee.

The sign outside the headquarters of the United Methodist Board of Church and Society in Washington, DC: 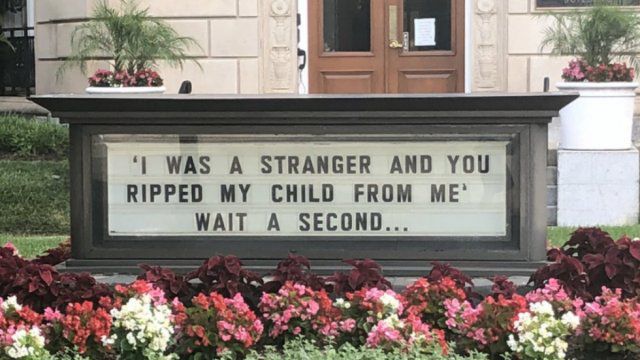 “We are Human Beings”

The letters all speak of love and heartache for children taken away. “Mirian” wrote:

My son, I write these words with an immense pain in my heart for having you separated from me. But I want you to know that I miss you a lot. And that every day, I pray to God that we’ll be together again soon and that they will never again separate you from me because you are the most beautiful thing that God has given me, you my son. I want you to know that I love you with all my heart and what I am asking God the most is that we will be together.

“Claudia” said her son was seized as she was suddenly taken to a court hearing:

I cried a lot and I felt like I was going crazy, like part of my life was missing and I wasn’t complete.

People come here to seek asylum, not to be imprisoned like a criminal or to have your child taken from you. In all this time, we’ve only spoken three times and the last time he told me he was sad and asked when we would be together again. And that tears my soul apart. We want justice and to be reunited with our children as soon as possible. We are human beings and we are spending many nights suffering.

The detainee from Guatemala who writes of the “dog pound” says, in a separate document filed with an Attorney General’s office, that she and her children were seized near McAllen, Texas as they were on their way to seek asylum. She was never charged or given a court hearing. Instead, she testifies of being in a cell with about 50 women, all told “they could not eat because they were asking about their children”.

All the mothers were crying in anguish, distraught from not knowing anything about our children, this is the harshest thing they could do, to take our children from us. They told us our kids would be adopted by other people.

“I Cannot Believe My Government Has Done This”

Advocates, attorneys, and other immigrants have reinforced the accounts in more than 900 pages of testimony filed with judicial officials. An advocate who has worked for nine years in the El Paso area summarized:

I have never been as emotionally impacted as intensely as I have been working with these fathers and mothers as they desperately struggle to reunite with their minor children.

I simply cannot believe that my government could have done this to these people.

An investigator spoke of a separation, “G and her mother said goodbye to each other while crying, but G’s mother comforted her, saying she was going to visit her wherever she was going. Only later did G realize this was not true.”

A detainee writes that, after bathing and dressing her 5-year-old daughter to be taken away:

[One] of the officers asked me, “In Guatemala, do they celebrate Mother’s Day?” When I said yes, he said “Then Happy Mother’s Day” because the next Sunday was Mother’s Day. I lowered my head so that my daughter would not see the tears forming in my eyes.

Detained mothers were moved to a distant soccer field to keep them away from Homeland Security Secretary Kirstjen Nielsen as she toured south Texas detention centers on Friday.

At the Port Isabel center in Los Fresnos, the mothers shouted to Nielsen for help but she was too far away to hear them.

Immigration and Customs Enforcement confirmed that more than 60 women were moved, but said it was for “recreation”.

Nielsen’s visits were not announced, and reporters were unable to reach her.

But four mothers at the Port Isabel facility said they were told to tidy up their dormitories and then directed onto a soccer field in glaring sun with temperatures in the high 90s Fahrenheit (about 37 degrees Celsius). One woman said she did not want to go “but the guard said we had to, that it was an order because some important officials were coming”, one of the mothers said.

Seeing what appeared to be an important convoy, the women shouted, “Ayúdenos!” (“Help us!”), to no avail.