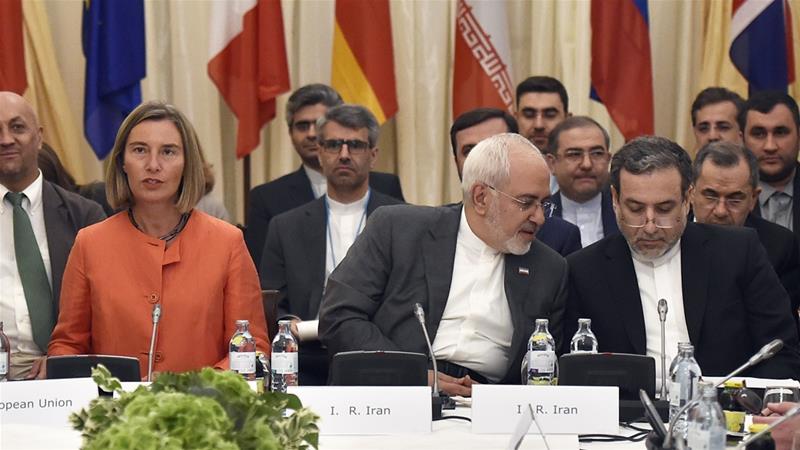 Iran and five powers in the July 2015 nuclear deal have agreed to maintain the agreement, despite Tehran’s concerns over its economy after US withdrawal and expanding sanctions.

Iranian Foreign Minister Mohammad Javad Zarif said after Friday’s meeting in Vienna with the remaining powers (UK, France, Germany, China, and Russia) that there were “very serious and constructive talks”: “I believe that there is political will to continue work and save this agreement.”

However, he tipped off Iran’s condition that it must have necessary trade and investment as well as the political commitment, “We must see what will happen to this issue in practice.” If European powers did not assure the economic links, then Iran would retaliate against the US withdrawal, announced by Donald Trump on May 8.

The Rouhani Government has tried to counter Washington through courtship of the European Union and its members, but the effort has been blunted by the EU’s inability so far to protect big companies against US punishment. The Trump Administration has said it will sanction any foreign company with a US connection which continues to trade with the Islamic Republic after November 4.

Under pressure from hardliners — including the Supreme Leader, who has demanded European “guarantees” — President Hassan Rouhani took a tougher line last week against the US and shifted emphasis from the negotiations with the Europeans. Earlier this week he spoke generally of retaliation if Washington tried to reduce Iran’s oil exports to “zero”, appearing to support a threat by the Iranian military to block the Strait of Hormuz at the top of the Persian Gulf.

See Iran Daily, July 5: Rouhani and Military — We Can Retaliate Against US Sanctions

Zarif said Iran received economic proposals from the European countries on Wednesday but “the President Rouhani said it is not enough”.

The European Parliament has given gave the European Investment Bank authority to invest in Iran from August. However, the EIB’s policy is not to lend to Iran and other countries listed as high by the Financial Action Task Force, which tries to block financing of global terrorism.

The Iranian Foreign Minister also said that the EU must initiate a blocking mechanism to shelter all firms from US sanctions. Without the mechanism, large companies have suspended business with Tehran. They include France’s energy giant Total, the French manufacturer of Peugeot and Renault vehicles, Germany’s Siemens, and the world’s leading shipping firm Maersk.

A Message to Washington on Oil

The foreign ministers issued an 11-point list of joint goals, including “the continuation of Iran’s export of oil and gas”, defying the Trump Administration’s threat of a sharp reduction.

Within weeks of Trump’s announcement, Iran’s oil exports dropped 16% to just over 2.1 million barrels per days. Refiners, including the largest in India, have said that they will stop taking Iranian crude. Shippers, tankers, and insurers are cutting back commitments to avoid the risk of US sanctions.

Some analysts estimate that Iran will suffer a 40% fall in its exports to about 1.5 million bpd.

The EU’s Federica Mogherini read a statement after the meeting: “The participants recognized that, in return for the implementation by Iran of its nuclear-related commitments, the lifting of sanctions, including the economic dividends arising from it, constitutes an essential part of the JCPOA [Joint Comprehensive Plan of Action]….

Referring to Iran’s economic concerns, she said all parties would pursue “the encouragement of further investments in Iran, the protection of economic operators for their investments and other commercial and financial activities in or in relation to Iran, the bringing together of private and public sector experts, the practical support for trade with and investment in Iran, the protection of companies from the extraterritorial effects of US sanctions”.