Syria Daily: US to Opposition in South — “You’re on Your Own” v. Pro-Assad Offensive 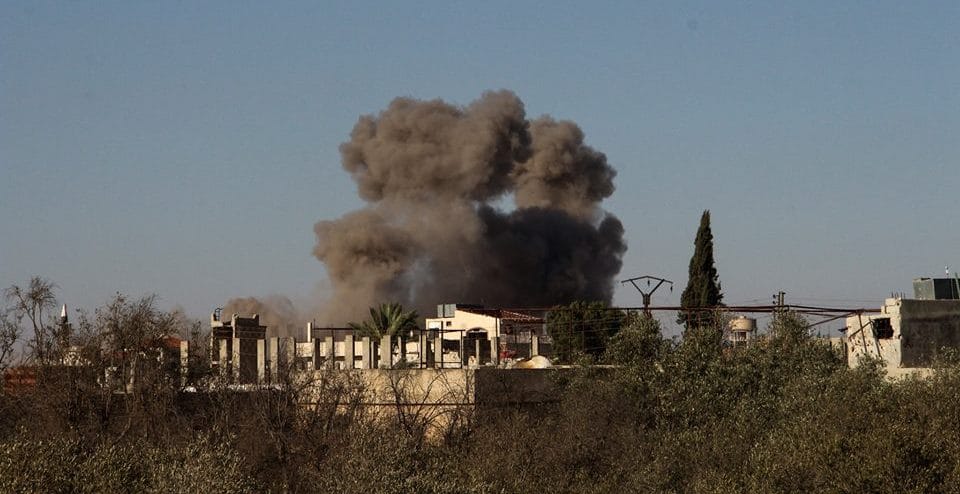 US officials have told Syria’s opposition that they cannot expect American assistance if pro-Assad forces carry out an offensive to regain territory in the south.

On four occasions since late May, including three last week, the US State Department had pledged “firm and appropriate measures” against any pro-Assad assault to regain Daraa and Quneitra Provinces, along the Jordanian border and near the Israeli-occupied Golan Heights. On Friday, UN Ambassador Nikki Haley declared that an escalation of shelling and bombing “unambiguously violates” a de-escalation zone proclaimed by the US and Russia last July. She called on Moscow to distance itself from the regime, “Russia will ultimately bear responsibility for any further escalations in ‎Syria.”

But the US Embassy in Amman, Jordan took a far different line with the rebels of the Southern Front on Saturday:

New message from U.S. Embassy Amman to southern rebels: Make your own decision, but “you should not base your decision on the assumption or expectation of military intervention by us.” pic.twitter.com/rE99KoQEZA

The Embassy tried to cover the public American position with the addition, “We in the United States government understand the difficult conditions you are facing and still advise the Russians and the Syrian regime not to undertake a military measure that violates the zone.”

But unconfirmed reports circulated yesterday that Russia is breaking the de-escalation zone, as it did in enabling the Assad regime’s reoccupation of East Ghouta near Damascus and parts of northwest Syria this spring.

An unnamed source told Reuters, “We have tracked a sortie of five Russian jets that performed 25 raids” by jets that flew from Russia’s Hmeimim airbase in western Syria.

Russian Foreign Minister Sergey Lavrov had said last month that “all non-Syrian forces” should leave the southern area. The statement came after Moscow’s meetings with Israeli officials, who have warned of their intervention if the pro-Assad offensive includes Hezbollah and Iranian-led foreign militia.

While Russian airpower and the Iranian-supported militia have ensured a series of advances by pro-Assad forces since 2015, the Assad regime has not retaken a significant opposition area without the assistance.

The pro-Assad forces began their escalation on Tuesday with bombardment of eastern Daraa Province. Rebels said yesterday that they have repelled the assaults, seeking to cut off the town of Lajat from Daraa city, where the Syrian uprising began in March 2011. Observers said the offensive had only retaken one village, Shakoura, in four days of attacks.

At least 11,000 people have reportedly fled their homes in eastern Daraa Province in the past week, with UN Secretary-General Antonio Guterres demanding an immediate end to the attacks. But, with no abatement, local councils in the province are declaring disaster areas, seeking international intervention and humanitarian assistance.