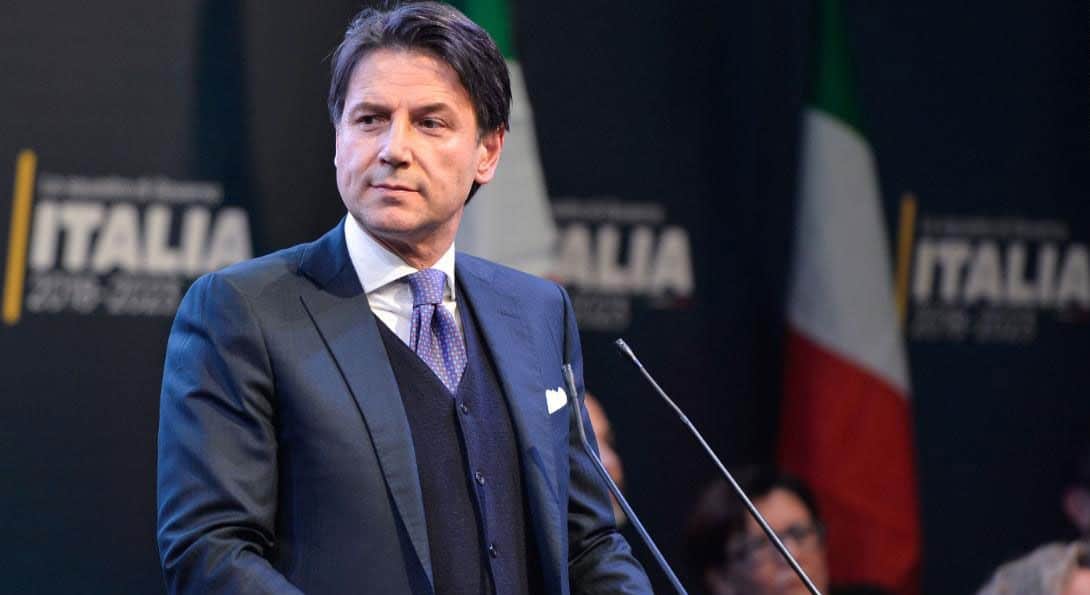 Published by The Conversation:

After a confusing election and months of negotiations, Italy has a government once again. But don’t be surprised if it gets a new one before too long.

The two winners of the 2018 election – the Five Star Movement (M5S) and the League – have struck a deal to form a government, making the surprise announcement that they have chosen Giuseppe Conte, a law professor at Florence University, as prime minister.

Apart from having been mentioned by M5S before the elections as a possible minister, and apparently contributing to writing up the coalition deal, Conte has no experience as a politician – he isn’t even the leader of a party.

But that is precisely the point. Conte’s appointment allows both parties to save face. The League can point to his expertise in the law and conveniently ignore his contacts with M5S – hence getting this government off the ground and showing to the electorate that it is trying its best to provide leadership for the country. Meanwhile, M5S can say to its members that it has, to all intents and purposes, secured the premiership. After all, M5S did emerge as the biggest party after the election, with 32% of the vote versus the League’s 17%.

The other advantage offered by this solution is that, being unknown and having no party of his own, Conte is expected to follow the orders issued by his political masters.

But can this set up hold? It’s unlikely. In fact, the League’s leader Matteo Salvini has every reason to want it to fail. That would prompt fresh elections, in a couple of years at most. In the meantime, Salvini clearly plans to dominate the agenda for as long as Conte’s executive survives.

There are strong clues that this is Salvini’s plan, if you know where to look for them. In the “contract” the two parties have signed, it says at the beginning that the League will not be treated as the minor partner, even though it is. Neither party can “force decisions on their partner when it comes to issues of great importance to the latter”.

For Salvini, that means immigration and law and order. These are also the themes Salvini would be allowed to “own” if, as is now likely, the president agrees that he should get the job of interior minister.

The sections of the government contract dealing with immigration, law and order and justice are considerably longer than those addressing themes owned by the M5S, such as reducing the cost of politics. And it’s in these sections that the League’s repressive approach is particularly evident.

In this document, the M5S-League alliance promises to introduce tougher sentences for certain crimes, including when they are committed by minors. It will strengthen the right of self-defence and send illegal migrants “back”. There’s a plan to close what are described as “irregular” Islamic associations and mosques and to shut down unauthorised traveller camps. In short, these pages encapsulate Salvini’s thinking extremely well.

Compare these pledges to the section in the contract dedicated to the environment – a theme the M5S fully owns and which is irrelevant to its smaller ally. Here, we find little more than a list of generic platitudes. There are banal invitations to recycle more rubbish and consider the virtues of the green economy, ultimately begging the question: what can the M5S “own”, if it does not own this?

The League needs the M5S – and its chosen PM in Conte – to try to implement the agenda set by Salvini, but only so that the latter can accuse them both of betraying “the will of the people”. That would justify bringing the government down and forcing new elections.

This time, a right-wing alliance dominated by the League could win outright – after all, the objective was not missed by much two months ago, and it is unlikely to be frustrated by a divided and ineffective left. The M5S nothwistanding, therefore, such developments could lead to Salvini being PM in the not-too-distant future. That this is Salvini’s ultimate goal is no mystery, as “Salvini premier” is even written into the party’s logo.

The whole game will be easier to play if Salvini does get the job of interior minister. He could then demonstrate hyper-activism on migration and law and order, only to see his efforts constantly frustrated by his coalition partner’s longstanding concern for human rights, interventions by the European Court of Justice, and/or the European Parliament.

These are exactly the challenges a previous interior minister from the League, Roberto Maroni, had to face when serving in the 2008-2011 government. Being attacked by the courts or international institutions can strengthen a populist party’s hand, by providing evidence that the “old elites” are at it again, frustrating “the will of the people” with their dirty tricks.

It is political leaders that matter in Italy. However, when “technocrats” have been given the top job before, some have tried to break away from their masters just before an election by starting their own party (think Mario Monti in 2013). The last thing Salvini needs now would be for Conte to deliver on some of the promises made in the contract, lead a united coalition and complete a full term in government, while his profile is strengthened by success and media exposure.

Following an initial period during which the League will show its “good faith” by working alongside the others, the most likely scenario is for this government to collapse amid accusations that the programme is not being delivered, the PM is too soft, and M5S has given in to “Brussels”. A bolder government will be said to be needed – and the cycle will start all over again.