TrumpWatch, Day 489: Trump — I Attack Journalists So “No One Will Believe You” 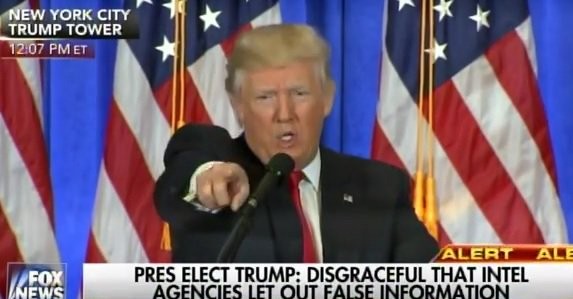 Developments on Day 489 of the Trump Administration:

Trump: “I Do It to Discredit You All”

One of America’s leading broadcast journalists has revealed Donald Trump’s strategy with the media — and his own agencies: attack them until any negative coverage and investigations are discredited.

Lesley Stahl, the award-winning correspondent of CBS’s 60 Minutes, spoke in an interview in New York about her encounter with Trump, then the Republican nominee for President, in July 2016:

Stahl recounted the exchange after Trump attacked the press:

I said, “You know that is getting tired, why are you doing this — you’re doing it over and over and it’s boring.”

He said,”You know why I do it? I do it to discredit you all and demean you all, so when you write negative stories about me no one will believe you.”

He said that. So put that in your head for a minute.”

As a businessman with mixed success, Trump often tried to blunt stories that threatened to expose his failures, even adopting a false identity as “a Trump Organization spokesman” to call reporters. As a candidate and then President,
Trump has adopted “fake news” — a phrase which he falsely claimed to have invented — to wage his campaign against journalists.

He has also used the technique to attack the agencies within his Administration, in an attempt to blunt any Trump-Russia investigation or other inquiry into his finances and practices. Just before becoming President, his launch of the “fake news” label followed a description of US intelligence agencies as “Nazis” over a dossier setting out links between the Trump campaign and Russian officials.

In his latest version of the tactic, Trump has lambasted the FBI with the false claim that they have placed a “spy” within his 2016 campaign, while assailing “fake” news coverage as part of a “WITCH HUNT”. The tactic has forced the Justice Department into revealing some sensitive information about the Trump-Russia investigation to Republican legislators.

The White House did not respond to a request for comment on Wednesday.

While Trump has made more than 3,000 false or misleading claims as President, according to a Washington Post fact checker, his approach has worked to make the media the defendant. A poll in April found about 75% of Americans believe that traditional news organizations report “fake news”.