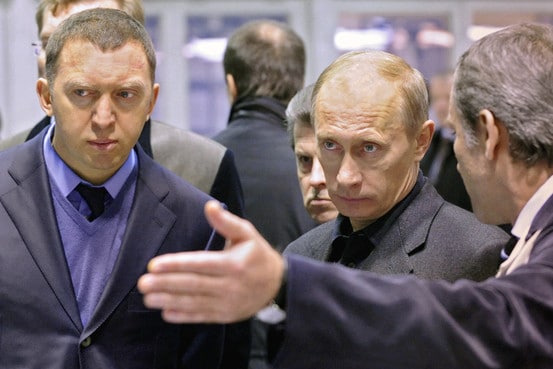 More Questions About Contracts and Lobbying of Former Trump Staff

A senior aide in Donald Trump’s campaign and transition is helping the companies of Russian oligarch Oleg Deripaska — who has also been linked to the Trump-Russia investigation — shed sanctions imposed by the US Government last month.

Bryan Lanza, who is in regular contact with White House officials, is lobbying on behalf of EN+ Group, the energy and aluminum firm controlled by Oleg Deripaska, according to several sources.

The billionaire Deripaska is close to Russian President Vladimir Putin. He was a business associate of Paul Manafort, the Trump campaign manager who has been indicted on money laundering, tax, and financial fraud charges by Special Counsel Robert Mueller. While handling the Trump campaign, Manafort used an intermediary to offer Deripaska private briefings about the election.

The revelation about Lanza comes amid growing controversy over the business interests of Trump’s long-time personal lawyer Michael Cohen, who is under investigation by federal prosecutors in New York. Companies such as AT&T and the pharmaceutical giant Novartis paid $2.9 million to a Cohen company that was set up in October 2016 to carry out a $130,000 “hush money” payoff to Stormy Daniels over her claimed sexual encounter with Trump in 2006.

Deripaska is hoping to sell enough of his stake in EN+ Group to free the company from sanctions. Under the Treasury Department’s rules, companies that are under the majority control of sanctioned people are themselves automatically sanctioned until the person in question reduces their stake in the company below 50%.

Lanza’s firm disclosed the deal to the Government last week.

A “source familiar with the transaction” said Lanza first began his work for Deripaska’s companies just before they were granted an additional month to comply with sanctions. The source said Lanza and other lobbyists of Mercury Public Affairs presented the extension to the Trump Administration officials as a “win for the President” because it would ultimately force a Russian oligarch to cede control of major companies.