Iran Daily: Zarif Sets Off on Tour to Salvage Nuclear Deal After US Withdrawal 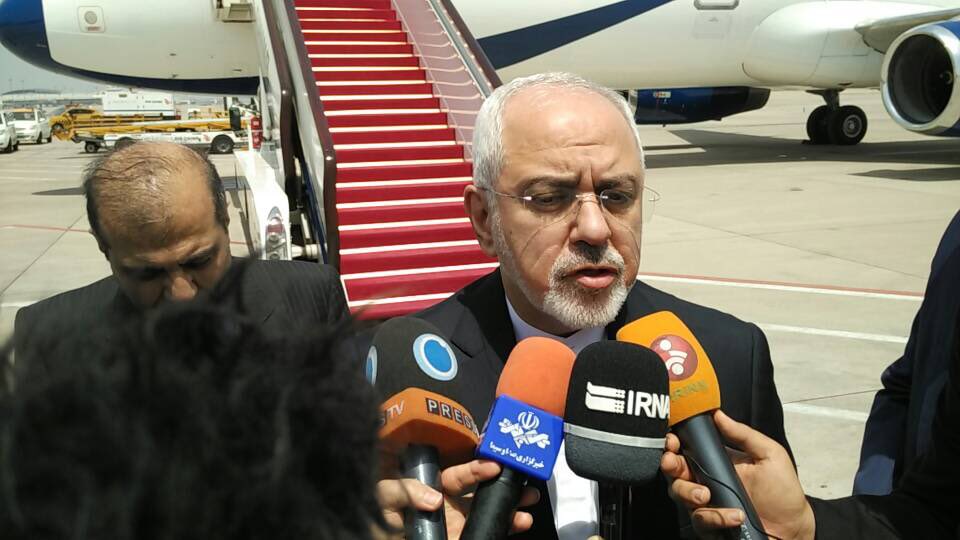 Iran’s Foreign Minister Mohammad Javad Zarif has set off on a three-country tour to try and salvage the July 2015 nuclear deal after last week’s withdrawal by the Trump Administration.

Zarif will meet with ministers from all other signatories of the agreement between Tehran and the 5+1 Powers (US, UK, France, Germany, China, and Russia). He departed for Beijing early Sunday, with discussions scheduled in Moscow on Monday and in Brussels with European diplomats on Tuesday.

#Iran FM @JZarif & #China FM meet in #Beijing. Zarif said ‘we hope today & next couple of days there will be a clear picture about the future of the #JCPOA.#IranDeal pic.twitter.com/I5wtb0CY2E

The Rouhani Government has said it will remain in the Joint Comprehensive Plan of Action for now, provided other signatories maintain their political commitment. The Government is also looking for the countries — especially the European three of UK, Germany, and France — to defy the US and maintain and extended links that are vital for Iran’s fragile economy.

The Supreme Leader and Iranian hardliners have been sceptical of the effort, with Ayatollah Khamenei demanded “a guarantee” from the Eruopeans and the Tehran prayer leader on Friday, Ayatollah Ahmad Khatami, telling the audience that the foreign powers cannot be trusted.

On Thursday, Zarif lashed out again at the “extremist administration” of Donald Trump for abandoning “an accord recognized as a victory of diplomacy by the international community.”.

Statement by the Government of the Islamic Republic of Iran on U.S. Government withdrawal from the nuclear deal (#JCPOA) https://t.co/xG2tsB2GQH pic.twitter.com/W0gfz7UXF9

The Foreign Minister warned that Iran is prepared to resume “industrial-scale” uranium enrichment “without any restrictions” unless Europe provides the necessary political and economic support for the deal.

The Supreme Leader’s top aide, Ali Akbar Velayati, maintained defiance in comments to reporters on Saturday, “The Islamic Republic of Iran has the capability to stand up against Americans’ non-compliance and will boost its regional presence on a daily basis.”