Syria Daily: The Crisis of the Displaced in the Northwest 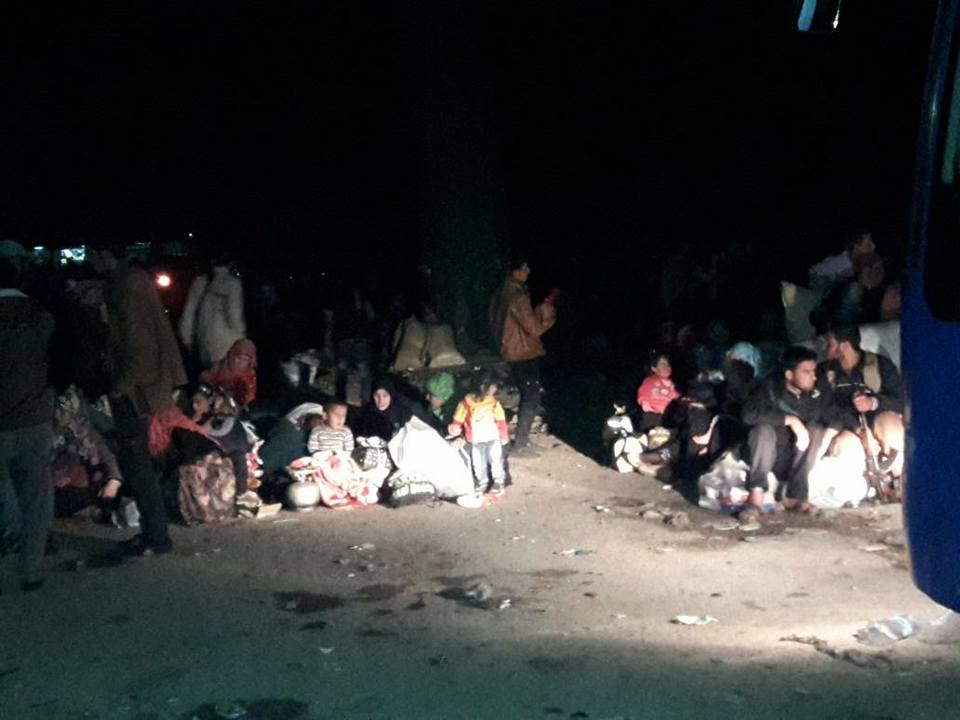 Local activists and councils, reinforcing the concern of the UN, are warning of a crisis for displaced Syrians in the northwest of the country.

More than 11 million Syrians — about half of the pre-conflict population — have been forced from their homes. The numbers have swelled recently because of forced displacements after capitulations in areas such as East Ghouta near Damascus, suburbs south of the capital, and a pocket in northern Homs Province.

Neighbouring countries which have taken refugees — Turkey with 3.3 million, Lebanon with a million, and Jordan with 655,000 — have closed their borders since 2016.

With camps full, convoys of the recently displaced have been turned away from western Aleppo Province. The UN and local agencies say that authorities Idlib Province, with about 2.5 million and under threat of regime and Russian airstrikes, are struggling to maintain basic services.

The local council in the town of Qala’t al-Madiq, in northern Hama Province, issued the latest appeal to humanitarian and relief agencies for urgent intervention and assistance:

Point zero (Qala’t al-Madiq) has become unable to accommodate the increasing numbers of our displaced brothers, who were crowded with the official facilities of schools and others, as well as the hosting of a large part of them by the area’s residents, especially that the organizations do not provide shelters but for some of them only.

Hundreds of families of displaced people are waiting to be transferred to the shelters. They are in inhumane conditions inappropriate for those were uprooted their lands and homes and sacrificed what they have in these difficult circumstances, coinciding with Ramadan and the expected heat waves, which increases the inability of the local council to help them.

Thousands of peole have been effectively stranded in Qala’t al-Madiq in recent days, with Turkish forces blocking entry into western Aleppo.

The Organization for the Prohibition of Chemical Weapons has formally concluded that chlorine was used in an attack on the town of Saraqeb in Idlib Province in northwest Syria in February 2018.

The assault followed a pro-Assad ground offensive, enabled by Russian airstrikes, that took part of the southeast of the province over the winter. Saraqeb remained with the opposition, as the ground attacks were halted so pro-Assad forces could concentrate on the reoccupation of East Ghouta near Damascus.

The attack was part of the latest wave of pro-Assad campaign of conventional and chemical bombing across the province, almost all of which has been held by the opposition since 2015. In April 2017, a sarin attack on the town of Khan Sheikhoun killed about 90 people and injured hundreds.

Because of a Russia veto in the UN Security Council last November, the OPCW cannot attribute responsibility for the Saraqeb attack. However, the report describes how the munitions were dropped by helicopters.

The report is based on interviews with witnesses, including victims, health workers, and first responders, and study of environmental samples; and examination of two cylinders.

Only 14% of Pro-Assad Airstrikes v. ISIS Since Russian Intervention

A new study of pro-Assad airstrikes since September 2015 has exposed Russia’s deception that its intervention was primarily against the Islamic State.

The report from IHS Jane’s Terrorism and Insurgency Center found only 14% of strikes — 960 of 6,833 attacks — were on territory held by ISIS, with the vast majority directed against opposition areas.

The Russian campaign not only propped up the Assad regime but helped it expand its control of territory from 16% to 47% of Syria, including takeovers of Aleppo city and all of Homs city.

“Russian intervention has provided the Syrian government with the space and time to concentrate forces at key strategic areas and use overwhelming force to recapture opposition-held territory,” said Matthew Henman, head of JTIC.