Iran Daily: Europe — We Will Protect Some Companies v. US Sanctions Over Nuclear Deal 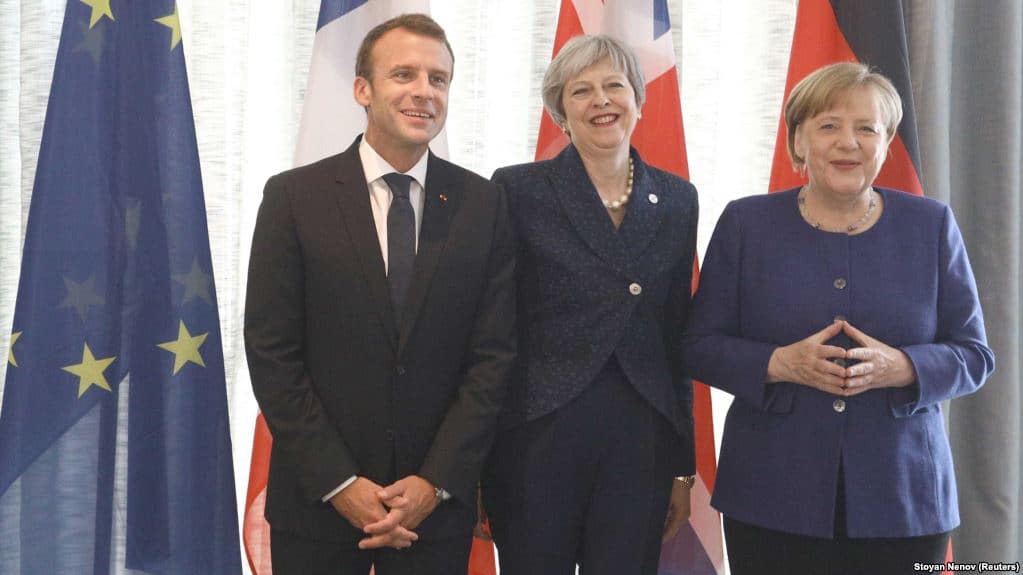 The European Union says it will initiate the activation of a regulation to protect some European companies from US sanctions over Iran’s nuclear deal.

Leaders said on Thursday, after a meeting in Sofia, Bulgaria, that the “blocking” measures will be implemented. European Commission President Jean-Claude Juncker said, “We have to protect our companies. We have to protect mainly those who bona fide — mainly small and medium-sized enterprises — did invest in Iran, and we cannot leave them alone.”

Despite the July 2015 deal between Tehran and the 5+1 Powers (US, UK, France, China, Russia, and Germany), existing US sanctions have threatened European companies — if they have a US connection, such as an affiliate or reliance on American components — which trade and invest in the Islamic Republic.

Last week the Trump Administration’s withdrawal from the deal set out the demand that all foreign firms must end their business with Iran, including the energy and financial sectors, within 180 days.

Iran has said that it will remain in the Joint Comprehensive Plan of Action, provided that the EU, the UK, France, and Germany not only maintain political support but also economic initiatives essential for a fragile Iranian economy.

How Far Will EU Go in Defiance of US?

However, Juncker’s statement about “mainly small and medium-sized enterprises” raised questions about whether the EU will defy the US to the extent of protecting major investments and trade with Iran.

On Wednesday, France’s energy giant Total indicated that it will withdraw from a $4.9 billion contract to develop a phase of Iran’s South Pars gas field, the largest in the world, unless it receives a waiver from US sanctions.

The world’s largest container shipping firm, A.P. Moller-Maersk, said on Thursday that it is suspending business with the Islamic Republic.

Germany’s insurance firm Allianz, with a major presence in the United States, said it wukk wind down a “totally minimal” business in Iran.

And there are no signs of renewed delivery of about 100 Airbus passenger planes from a January 2016 agreement between Paris and Tehran. Only a few of the jets have been received by Iran because of US sanctions restricting finance, as well as threatening Airbus with punishment.

French President Emmanuel Macron said on his arrival in Sofia, “International companies with interests in many countries make their own choices according to their own interests. They should continue to have this freedom,” Macron said on arriving in the Bulgarian capital.