An Impending War Between Israel and Iran in Syria? 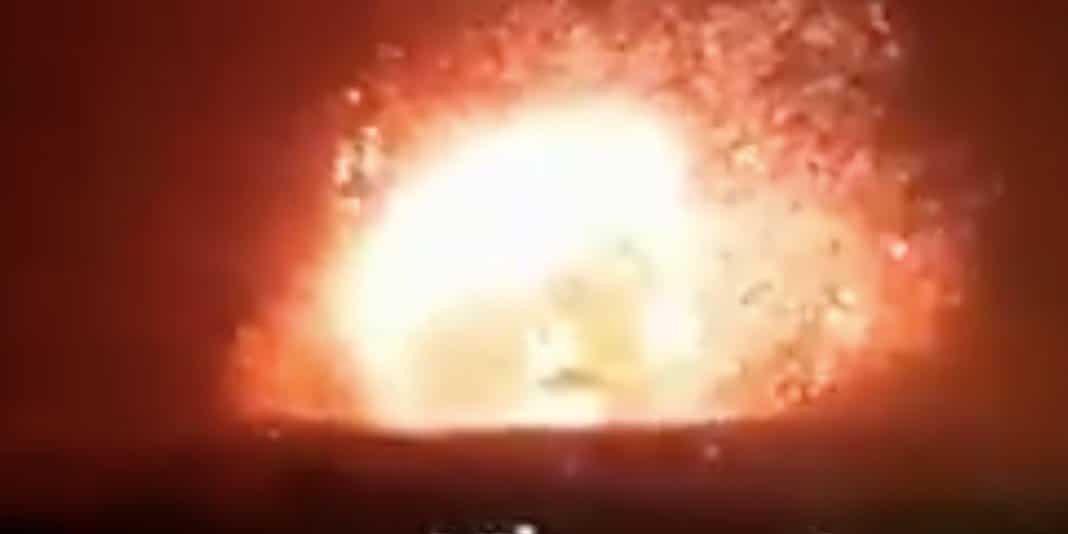 Iran has been essential to survival of Assad regime. Israel has used airpower to maintain buffer zone. But will there now be direct confrontation in Syria?

On Sunday night, there were explosions in three positions of the Assad regime’s military in northwest Syria. At one of the sites, the 47th Brigade base south of Hama, at least 18 Iranian Revolutionary Guards were among the fatalities, with more personnel wounded.

As is standard practice, the Israel Defense Forces have not claimed airstrikes, but the attacks appear to be the latest in a series of operations which have targeted Iranian personnel as well as the transfer of missiles and weapons to Lebanon’s Hezbollah. Last December, Israel destroyed a base near Damascus which was reportedly being developed by the Iranians. On February 10, Israeli warplanes struck a number of sites inside Syria including the T-4 base near Palmyra, from where an Iranian command center was said to have operated a drone over Israeli airspace. In early April, Israel hit the T-4 base with more missiles. n February 10, Israel clashed with Syria and Iran after an Iranian drone penetrated Israeli airspace.

Israeli ministers, including Prime Minister Benjamin Netanyahu and Defense Minster Avigdor Liberman, have accompanied the attacks with warnings that a long-term Iranian military presence in Syria will not be tolerated. On Sunday, hours before the latest explosions, Liberman reiterated: “We will maintain freedom of operation in all of Syria….[We] will prevent Iran from establishing a forward base in Syria at any cost.”

Iran has been essential to the survival of the Assad regime since the Syrian uprising began in March 2011. Israel has used its airpower to maintain a buffer zone in the southwest, near the Israeli-occupied Golan Heights, as well as disrupting weapons supplies to Hezbollah.

But is this now a far bigger, direct confrontation in the Syrian arena?

The answer lies in the changing dynamics of the conflict, now in its eighth year. Since December 2016, the Assad regime has avoided collapse and — enabled by Russian airstrikes and the Iranian role on the ground — has ended the rebel presence in Syria’s largest city Aleppo, eroded opposition territory in northwest Syria, and now wrested full control of the opposition enclave of East Ghouta near Damascus. With siege, scorched-earth operations, and chemical and incendiary as well as conventional attacks, the regime has finally removed the threat to its seat of power.

Israel has tolerated that territorial shift. Wary of a vacuum in power with Assad’s fall, it can tolerate the assurance of the regime’s future in Damascus and in much of the country. That toleration so far has been supported by a working agreement with Russia, the other essential prop for Assad, for no move of the conflict towards the Golan Heights — a move which could include the deployment of Iranian-led militia and Hezbollah personnel.

But now an emboldened Assad regime could see its next target as the opposition belt in southern Syria, along the Jordanian border and including Daraa, the city where protests in March 2011 sparked the uprising. An offensive would challenge a de-escalation zone and a fragile truce — even more importantly, it cannot be successfully pursued without the involvement of the Revolutionary Guards, leading foreign militias, and Hezbollah.

The recent Israeli airstrikes already show a concern that Iran is trying to replicate the Hezbollah model within Syria. The southern offensive would add proximity to that worry. That is the geography behind Prime Minister Netanyahu’s warning from February:

Israel will not allow Iran’s regime to put a noose of terror around our neck. We will act without hesitation to defend ourselves. And we will act if necessary not just against Iran’s proxies that are attacking us, but against Iran itself.

The only actor that has an open line of communication with both sides is Russia. All Israeli activity in Syrian skies has been coordinated with Moscow: Russia’s S-400 missile systems, deployed to protect its own installations, have not offered the same protection for Syrian or Iranian establishments.

But Russia’s mediating position may be eroding. Israel did not give notice of its early April airstrikes to the Russians, leading to grumbling — although no retaliatory action — from Moscow. Following those strikes, as well as those of the US, UK, and France on April 14, Russia indicated that it may finally equip the Assad regime’s military with S-300 anti-aircraft missile systems. Israel’s testing of those systems, possibly seeking to destroy them, could bring Israeli-Russian “deconfliction” to the brink.

And there are other scenarios accompanying the southern front. Iran could respond to Israeli airstrikes by hitting targets within Israel. Russia could withdraw its guarantees that neither Iran nor its proxies will have a lasting presence in the post-rebel security order in the south. And even if Russia tries to hold that line, could their leverage with Iran have evaporated to the point where Tehran acts without seeking Moscow’s acceptance?

On Monday, Iran’s Supreme Leader told Iranian workers in Tehran, “Some countries in the region should know that if they face the Islamic Republic of Iran, they will definitely be hit and defeated.”

Ayatollah Khamenei is well-known for his bluster. So is Benjamin Netanyahu. But has Syria’s kaleidoscope finally turned to align those threats into a war within a war?