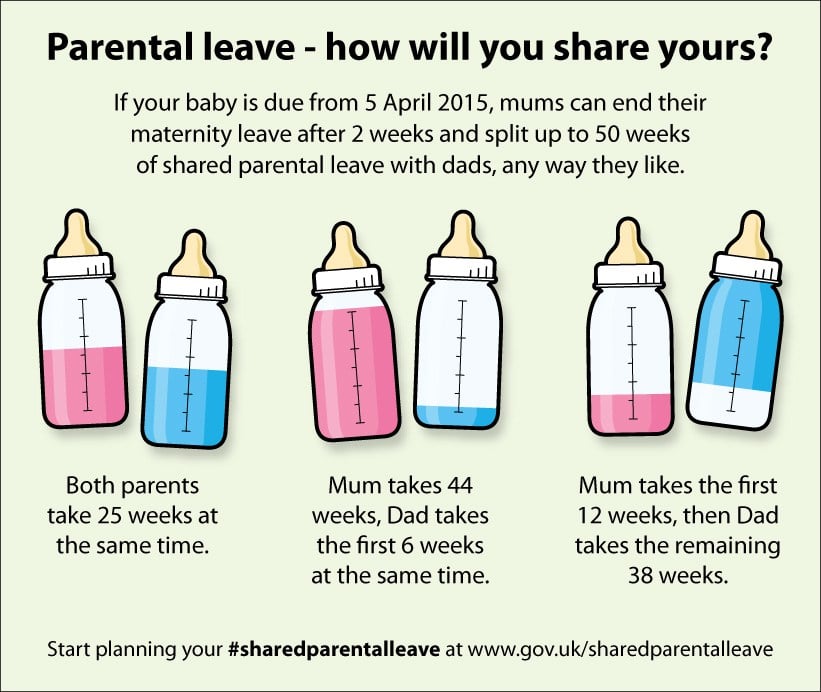 The arrival of a child into one’s life is life-changing. From a work perspective, it is often followed with mothers taking maternity or adoption leave and fathers taken paternity leave. In 2015, the UK coalition government made another option available to parents, Shared Parental Leave.

This new entitlement allows families to share the time that is normally allocated for a mother’s maternity leave between both parents. It was expected that 2% to 8% of families would take up SPL – a worryingly low projection – and the actual take-up rate has been even lower.

It seems like a simple choice for expecting parents: do we want to share the leave and both spend time with the child in the first year? In reality, the decision-making process is not that simple at all. For example, it is not a surprise to anyone that children cost money and as such, one of the first things parents think about is the financial implications. Parents considering SPL will immediately seek to understand the potential implications on their pay.

For most employees, SPL is not enhanced in the same way maternity leave often is. Most parents taking SPL can only expect to get paid the statutory £140.98 per week for the first nine months. This acts as a golden handcuff for the mother and a barrier for the father, so in many cases it makes no sense financially for parents to use SPL before their enhanced maternity leave ceases, often after four or six months.

Another key barrier is the way that the policy has been written. The SPL policy puts the onus on mothers to decide whether or not their family will use it. For the policy to be activated, mothers who are eligible for maternity leave (or maternity pay) need to submit paperwork to their organisations to deduct time from their leave, allowing their partner to take SPL. This often has the effect of preventing partners from taking SPL because fathers may not feel comfortable asking their partner to reduce their maternity leave.

Even when parents overcome this hurdle, they are faced with off-putting bureaucracy. The sheer complexity of the application process for SPL can deter parents: the many forms and calculations that are involved for two, as opposed to one on maternity leave, is overwhelming.

Finally, culturally accepted maternal and paternal identities can have a strong impact on how new parents believe they should behave and what their role should be in the family. A father may desire to remain the breadwinner, since being able to provide for his family is what affirms his identity.

The barriers are diverse. There is the policy, the organisation and then there are the parents, their friends and families. We are currently undertaking a large-scale national research project to understand these and the other obstacles that eligible parents face, as well as creating mechanisms and interventions to break them down and significantly increase the uptake of SPL in the UK — an increase that could lead to strengthened family bonds, improved child development, and increased workplace involvement for mothers.