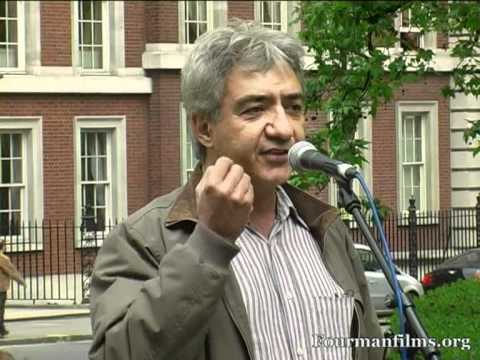 Abbas Edalat, a professor and an anti-war activist based in London, was seized by Revolutionary Guards officersIran on April 15. Edalat was in Tehran to attend an academic conference.

The Guards raided the home of the Edalat family in Tehran and confiscated the professor’s belongings, including his computer, CDs, and notebooks.

A specialist in computer science and mathematics at Imperial College London, Edalat’s family initially posted bail, but he refused on Wednesday to leave prison, arguing that he is innocent and should be released unconditionally.

Edalat was awarded Imperial’s LICS 2017 Test-of-Time Award in April 2017 for a computer science study. paper he had co-authored with another academic. He is the founder of the US-based Campaign Against Sanctions and Military Intervention in Iran, and has written several opinion pieces opposing foreign intervention in the Islamic Republic.

At least two other Anglo-Iranians are imprisoned. Kamal Foroughi was arrested in May 2011 while he was living in Tehran as a consultant for the Malaysian national oil and gas company Petronas. In 2013, he was sentenced to eight years in prison, seven for espionage and a year for possessing alcohol in his home.

Charity worker Nazanin Zaghari-Ratcliffe was seized in April 2016 as she and her two-year-daughter were leaving Iran after a family visit. She is serving a five-year sentence for espionage.

No significant evidence has ever been presented in public to back up the allegations.

The Revolutionary Guards have arrested at least 30 dual nationals since the signing of the nuclear deal in July 2015.