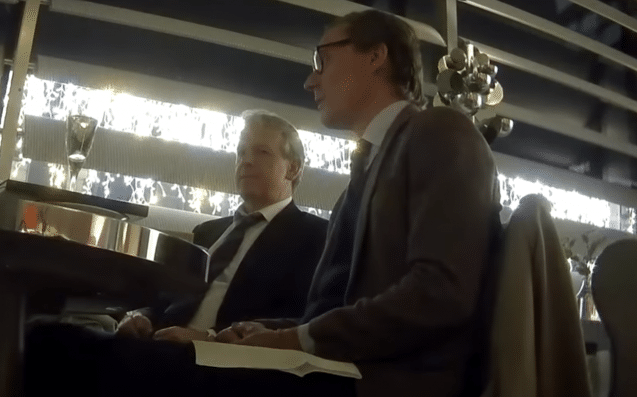 In 1928 Edward Bernays — nephew of Sigmund Freud and father of modern advertising — wrote in his book Propaganda:

The conscious and intelligent manipulation of the organized habits and opinions of the masses is an important element in democratic society. Those who manipulate this unseen mechanism of society constitute an invisible government which is the true ruling power of our country….We are governed, our minds are molded, our tastes formed, our ideas suggested, largely by men we have never heard of.

So what’s the big deal about Cambridge Analytica using the profiles of 50 million Facebook users to devise political campaigns, including the 2016 run of Donald Trump? Isn’t this just the latest incarnation of Bernays’ maxim, “Vast numbers of human beings must cooperate in this manner if they are to live together as a smoothly functioning society”?

Not quite. Here’s why the unfolding story of Cambridge Analytica — which tried to craft the “right” outcome in the US but also in countries, which vilified the “wrong” candidate in Kenya’s Presidential election, and which sought the “right” result in the 2016 Brexit referendum in the UK — matters.

Let’s start with the obvious. In 1928, and for decades afterwards, Bernays was talking about campaigns based on collection of data from relatively small samples, taken over weeks and even months, to produce the right product or the right candidate. “Focus groups” remained focused until the waning of the 20th century.

Cambridge Analytica, through an allegedly deceptive operation, snared 50 million accounts from Facebook in 2016. And within days, that material was being turned by the organization and its affiliates into efforts such as the “Lock Her Up” chants against Democratic nominee Hillary Clinton, or the slogans on London buses about the European Union taking money from “our” National Health Service.

2. Possible Violation of US Election Law

There is a clear provision in US election legislation that foreign nationals cannot be involved in campaign-related decisions.

But that is precisely what UK national Alexander Nix, the CEO of Cambridge Analytica, set out on the camera of Britain’s Channel 4, when he thought he was pitching his services to a Sri Lankan political operative: “We did all the research, all the data, all the analytics, all the targeting, we ran all the digital campaign, the television campaign and our data informed all the strategy.”

And it’s not as if the executives were unaware of the US legislation. Wylie said it was a “dirty little secret” that was often discussed.

Cambridge Analytica did not just “scrape” data and turn it into campaign themes, according to Nix and Turnbull. They boasted, in the Channel 4 videos, of schemes that included bribery and entrapment using young women to entice foreign officials.

Nix, who said the firm worked with British and Israeli spies, explained:

Deep digging is interesting, but you know equally effective can be just to go and speak to the incumbents and to offer them a deal that’s too good to be true and make sure that that’s video recorded.

You know these sort of tactics are very effective, instantly having video evidence of corruption….

Send some girls around to the candidate’s house, we have lots of history of things,”

Cambridge Analytica’s work for the Trump campaign in 2016 ran in parallel with Russian efforts, using stolen data, to assist the Republican nominee by damaging Hillary Clinton.

The Russians had their own “Lock Her Up” effort, including payments to Americans who wore Hillary Clinton masks and prison uniforms. They bought Facebook ads and promoted anti-Clinton news through social media as well as on their State outlets like RT.

There is no evidence so far that the efforts of Russia and those of Cambridge Analytica, overseen by Trump campaign manager Steve Bannon, were ever linked. But both strands followed a meeting between Trump’s inner circle — Donald Trump Jr., Trump son-in-law Jared Kushner, and Bannon’s predecessor Paul Manafort — and three Russians in June 2016 to discuss the provision of anti-Clinton material to the campaign.

5. And Then There’s Brexit

The extent of Cambridge Analytica’s data effort in the Brexit referendum has yet to be revealed. However, the firm is part of an evolving story about a payment to the Leave campaign which may have violated UK election laws.

In spring 2016, the BeLeave advocacy group — portrayed as “independent” — suddenly received £625,000, much of which was spent on work by Aggregate IQ, a sub-contractor for Cambridge Analytica.

Wylie and BeLeave’s Shahmir Sanni say BeLeave was effectively a cover for the official Vote Leave campaign to use the money, which would have taken Vote Leave beyond the legal limit for election efforts.

Wylie told a select Parliamentary committee last week of a “common plan” to get around the law and said, “[There] could have been a different outcome had there not been, in my view, cheating.”

Beyond the headline-grabbing revelations is another key difference between the 1920s and 2018.

Edward Bernays was not shy about his role in data collection and manipulation. He wrote best-selling books, publicly advised major corporations, campaigns, and Governments.

Until it was outed by whistleblowers and undercover videos in recent weeks, Cambridge Analytica had not acknowledged its efforts. Nor had its clients, from Kenya to the US to the UK.

Kenyan women giving birth in the streets in 2020, a criminal Hillary Clinton, £350 million extra per week to spend on public services in a UK outside the EU — all this was put before us as fact and possibility, rather than the creation of a PR firm which may have been involved in illegal collection of data, disinformation, bribery, and entrapment.

All of this is an important 21st-century update on Bernay’s 1928 observation:

“We are dominated by the relatively small number of persons…who understand the mental processes and social patterns of the masses. It is they who pull the wires which control the public mind.”