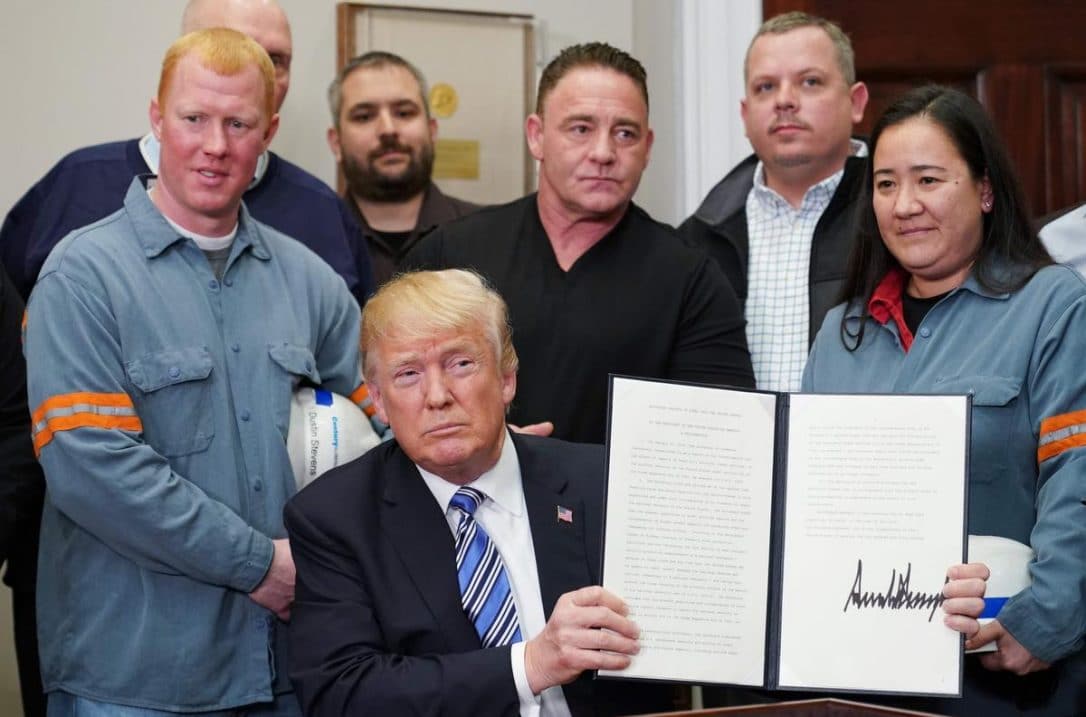 Developments on Day 465 of the Trump Administration:

European Union: “We Are Not Negotiating Anything Under Threat”

There is renewed concern over damage from the Trump Administration’s trade policy, amid the imminent expiry of temporary exemptions from steel and aluminum tariffs.

Donald Trump suddenly called for the imposition of the tariffs in early March — a 25% duty on steel and 10% on aluminum — overruling free-market advisors and prompting the resignation of the director of the National Economic Council, Gary Cohn.

The rushed policy soon ran into trouble. Canada, the largest steel exporter to the US, and Mexico had to be exempted because of a possible violation of the North American Free Trade Area. Other American allies — including South Korea, Japan, Germany, and Brazil — protested and also received temporary waivers. But Administration officials have tried to use the end of the exemptions as a lever to extract concessions in areas such as car exports to Europe or negotiations to revise NAFTA.

With the May 1 deadline looming on a decision for renewed temporary exemptions or even permanent waivers, countries are now worrying about Trump’s unpredictability.

The European Union signalled over the weekend that it is losing hope of an agreement, following visits by French President Emmanuel Macron and German Chancellor Angela Merkel to Washington. Both leaders have spoken with UK Prime Minister Theresa May about retaliatory tariffs if the EU is not given an exemption.

The German government said in a statement, “The European Union should be ready to decisively defend its interests within the framework of multilateral trade rules.”

Australia is more confident of an exemption. Brazil is hoping for a waiver by agreeing limited quotas for more sophisticated products. Argentina is looking to the good relationship between President Mauricio Macri, and Trump.

But international supply networks are being disrupted by uncertainty, with the scenario that ships carrying steel may suddenly be barred from US ports.

For example, if the EU reduces tariffs on imported US cars, international treaties require similar reductions to all WTO signatories, including China.

Cecilia Malmstrom, the European commissioner for trade, said last week that the EU will only discuss terms of trade after it has received a permanent and unconditional exemption to steel and aluminum tariffs: “When that is confirmed by the president, we are willing as always to discuss anything. But we are not negotiating anything under threat.”

David O’Sullivan, the EUmambassador to the United States, added, “We are back to the need to pursue this with the World Trade Organization, including the possibility of imposing rebalancing counter-tariffs on equivalent U.S. exports.”

Trump’s approach so far has been to evade the issue by arguing that the US — contrary to the terms of the EU treaty — can bypass the organization and deal with individual members.

He said during Macron’s visit, “I would rather deal just with France. The Union is very tough for us. They have trade barriers that are unacceptable.”