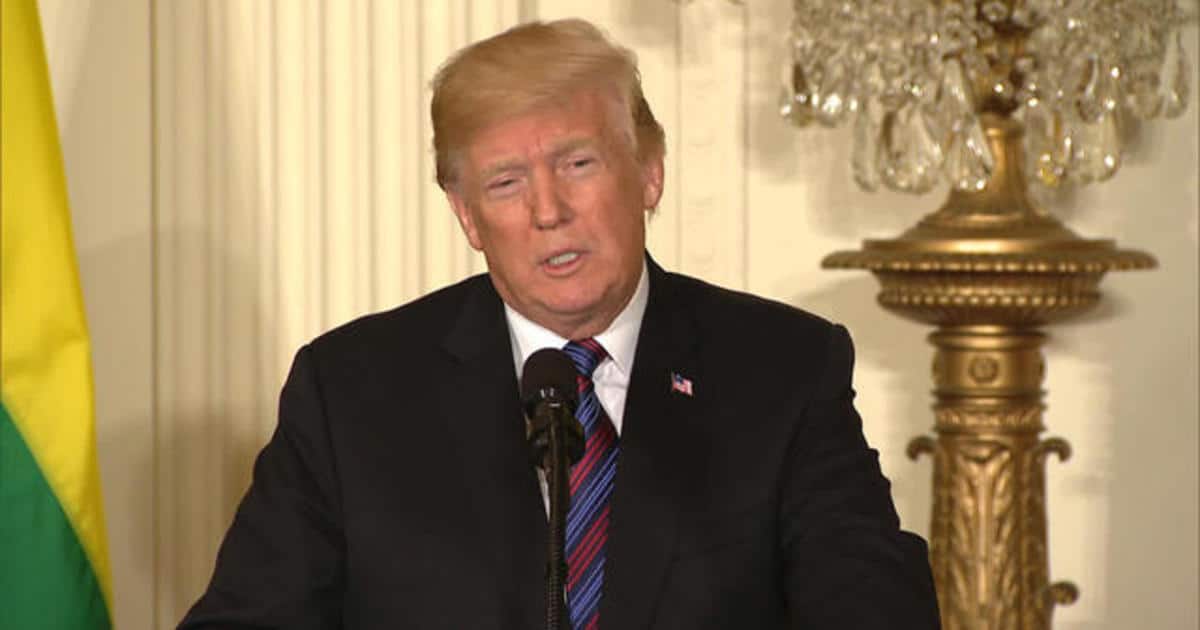 Developments on Day 444 of the Trump Administration:

Donald Trump’s call for US withdrawal from Syria’s conflict has been scuttled by the Assad regime’s chemical attacks near Damascus on Saturday; however, it is uncertain what response — if any — Washington will take beyond condemnation at a UN Security Council meeting.

Only last week Trump had repeated his call for the departure of about 2,000 American troops, who are alongside the Kurdish-led Syrian Democratic Forces that pushed back the Islamic State in the north and east of Syria. He declared, “We were very successful against ISIS. But sometimes it’s time to come back home, and we’re thinking about that very seriously, okay?” Despite the resistance of the Pentagon — which told the media that it is increasing, rather than decreasing, the deployment of US forces — the White House maintained the line.

But, as he watched Sunday morning TV coverage of the chemical attacks, including images of victims, Trump turned to Twitter and changed his foreign policy — not only about Syria but also his warm relationship with Russian President Vladimir Putin:

Many dead, including women and children, in mindless CHEMICAL attack in Syria. Area of atrocity is in lockdown and encircled by Syrian Army, making it completely inaccessible to outside world. President Putin, Russia and Iran are responsible for backing Animal Assad. Big price…

….to pay. Open area immediately for medical help and verification. Another humanitarian disaster for no reason whatsoever. SICK!

Beyond his call for access to medics and inspectors — a demand likely to be rejected by the Assad regime and Russia — Trump offered no indication of a response, including a repeat of the April 2017 missile strikes on the regime airbase that launched a sarin attack on Khan Sheikhoun in northwest Syria.

Later in the day, Trump spoke with French President Emmanuel Macron, who for months has spoken of a firm reply if the Assad regime used chemical weapons stronger than chlorine.

France called for an emergency meeting of the UN Security Council on Monday, with the US and UK among eight other nations joining the request.

Prominent Republican legislators urged Trump to act and to suspend any US troop withdrawal. Senator Lindsey O. Graham said this is a “defining moment” in Trump’s presidency. Senator Susan Collins called for more sanctions on Russia and consideration of targeted attacks on Assad regime facilities.

Late Sunday the Pentagon denied that it was involved in missile strikes — believed to be carried out by Israel — on the regime’s T-4 airbase in central Syria, with claims of 14 regime and Iranian personnel killed:

At this time, the Department of Defense is not conducting air strikes in Syria. However, we continue to closely watch the situation and support the ongoing diplomatic efforts to hold those who use chemical weapons, in Syria and otherwise, accountable.

US policy and operations are further complicated by Trump’s recent dismissals of his top national security staff. Secretary of State Rex Tillerson was fired in early March, and National Security Advisor H.R. McMaster was dismissed later in the month.

CIA Director Mike Pompeo has been named to replace Tillerson, but has not been confirmed by Congress. John Bolton’s first day as National Security Advisor is on Monday.