TrumpWatch, Day 436: Free of Minders, Trump Strikes Out on His Own 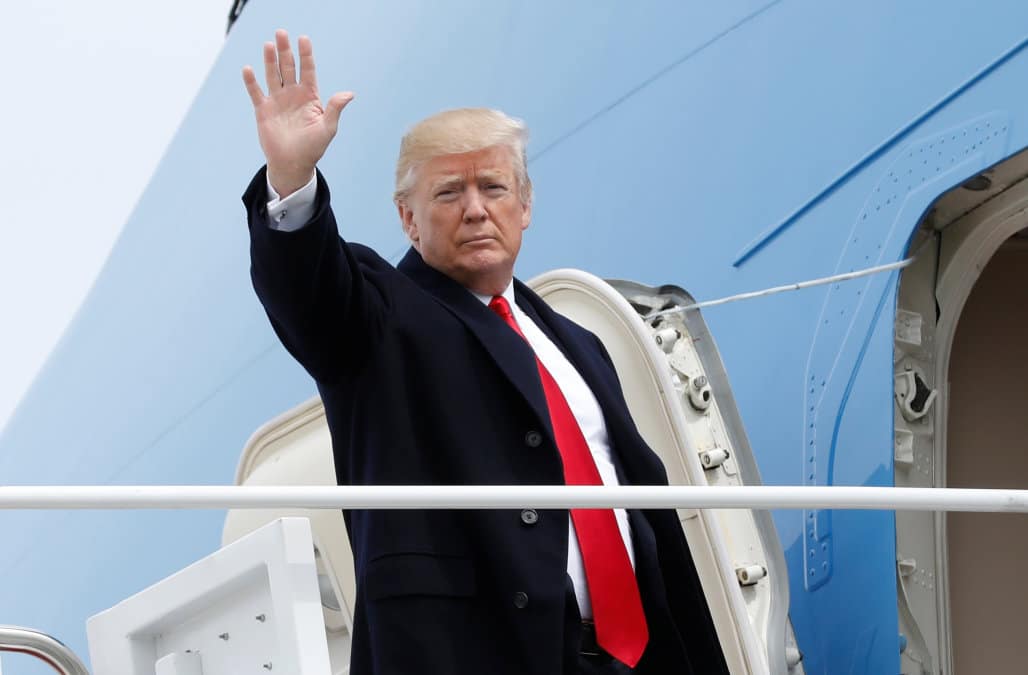 Officials talk of an “unleashed” Trump after dismissal of top advisors

Developments on Day 436 of the Trump Administration:

Ruling from his Mar-a-Lago resort in Florida, Donald Trump has freed himself of the advisors who were supposed to contain his behavior and actions.

Daniels got Trump’s week off to a rocky start when she explained, in a prime-time TV interview, how she was intimidated and then paid off with $130,000 — by Trump’s lawyer Michael Cohen, 11 days before the 2016 election — to remain silent.

Chief of Staff John Kelly, whose appointment last summer was supposed to restore control to the White House, has not been seen this weekend. National Security Advisor H.R. McMaster is gone, suddenly pushed out by Trump 10 days ago and replaced with the hawkish John Bolton. Top economic advisor Gary Cohn exited after Trump’s sudden imposition of ill-fated steel and aluminum tariffs. Defense Secretary James Mattis is focused on maintaining the stability of the Pentagon, after Trump threatened military funding with a Government shutdown because his Wall with Mexico has not been given $25 billion for construction.

See VideoCast: How Dangerous is John Bolton in a Trump White House?

White House officials are telling the press of their concern over a President who is “unleashed”, acting on his own without consulting advisors. His most recent moves include the nomination of his personal physical, Ronald Jackson, as Veteran Affairs Security, while he maintains silence over tensions with Russia, following Moscow’s possible involvement in a nerve agent attack in southern England.

Trump opened Saturday with a renewed assault on The Washington Post, owned by Amazon head Jeff Bezos, using the pretext of a campaign against Amazon’s unfair use of the US Postal Service:

While we are on the subject, it is reported that the U.S. Post Office will lose $1.50 on average for each package it delivers for Amazon. That amounts to Billions of Dollars. The Failing N.Y. Times reports that “the size of the company’s lobbying staff has ballooned,” and that…

…does not include the Fake Washington Post, which is used as a “lobbyist” and should so REGISTER. If the P.O. “increased its parcel rates, Amazon’s shipping costs would rise by $2.6 Billion.” This Post Office scam must stop. Amazon must pay real costs (and taxes) now!

Trump’s presentation of the Amazon case was a distortion of the situation with the US Postal Service, which has been limited in its charging of all mass parcel users by Congressionally-mandated rates which have not been altered since 2006. The tweets also raised questions of whether Trump would try to limit freedom of the press by presenting journalists as lobbyists.

None of this troubled the President as he spent the day beyond reach of advisors. He had been alone on the personal front, with his wife Melania avoiding travel to Florida last week, reportedly amid tension over the claims of Trump’s affairs and sexual harassment — although she was photographed with her husband today for a Sunday church service.

Back in Washington, Press Secretary Sarah Huckabee Sanders tried to present Trump’s behavior as that of an assertive, effective leader:

The President is in an action mood and doesn’t want to slow-roll things, from trade to the border to staffing changes. He wants to make things that he’s been discussing for a while happen. He’s tired of the wait game.

Longtime Trump ally and friend Rudy Giuliani, the former Mayor of New York, asserted, “It took time for the President to discover how far he could move things and find the pieces that fit. Now, he sees he has an open field.”