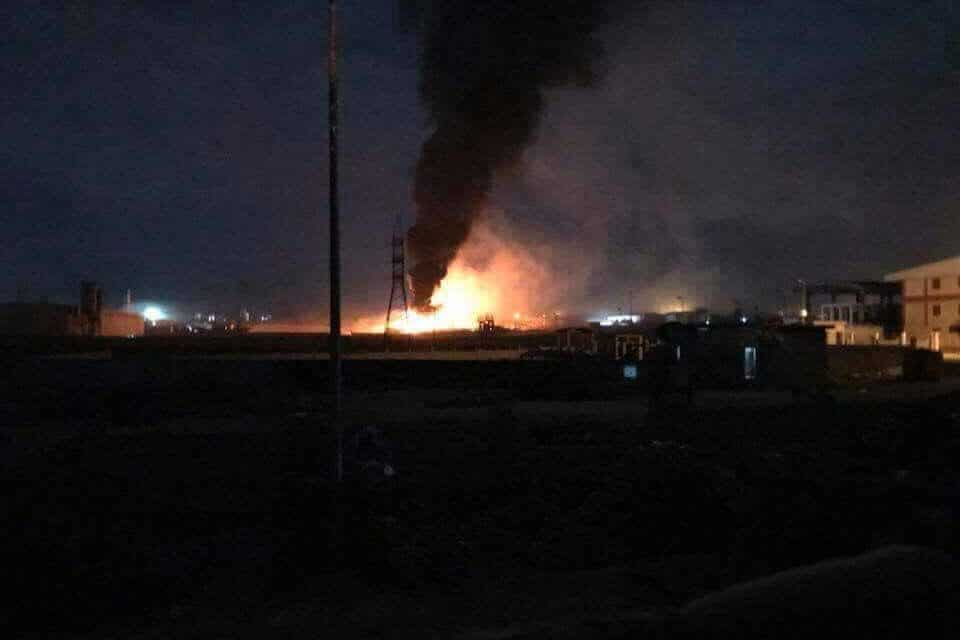 UPDATE 1545 GMT: Gareth Browne of The National reports, from “security sources”, that Israel notified Russia in advance of its strikes, ensuring that Russian personnel could leave the T-4 airbase before the missiles arrived.

US officials said they were also informed before the strikes.

A correspondent for Iran’s Fars site, linked to the Revolutionary Guards, said four Iranian personnel were killed. The article was later deleted.

Israeli missiles were fired on the T-4 (Tiyas) base, near the ancient city of Palymyra, early Monday. Unconfirmed claims said 14 personnel, including Iranians, were killed.

Syrian State news agency SANA confirmed the strike, but said only of casualties, “There are martyrs and wounded.”

Reports indicated that the missiles were fired from Israeli jets over Lebanon’s Beqa’a Valley.

The Israeli military does not comment on its operations.

Both the US and France, which have threatened action over the Assad regime’s chemical attacks, denied involvement. SANA initially pointed to “an American aggression”, but shifted to blame of Israel after Washington’s denial.

It is not clear if Israel consulted Washington and Paris over the strike, which came just over 24 hours after the Assad regime’s warplanes carried out two chemical assaults on the besieged opposition enclave of Douma near Damascus.

As usual, Syrian State media and pro-Assad outlet claimed that air defenses intercepted a number of the incoming missiles.

Israel conducted an airstrike against the Tiyas base on February 10, after an Iranian operator working out of it flew an Iranian-made drone into Israeli territory, according to the army.

The Israeli air force has regularly struck targets inside Syria during the seven-year conflict, in particular to halt supplies of missiles and weaponry to Lebanon’s Hezbollah, an ally of the Assad regime.

The attacks have been expanded as a warning to both Hezbollah and Iran not to establish positions near the Israeli-occupied Golan Heights or to threaten an attack on Israeli forces. On February 10, Israel hit the T-4 base among other Assad regime targets, claiming that Iranian controllers at the base oversaw the flight of an Iranian drone into Israeli airspace.

A Syrian anti-aircraft missile downed an Israeli jet, the first time that the Assad regime had struck a warplane. Pro-Assad outlets have claimed since February that the downing had been a deterrent to further Israeli operations.

Construction Minister Yoav Galant, a member of Israel’s Security Cabinet, would not comment directly on the attack but reiterated:

In Syria many forces, from various bodies and coalitions, are operating. Each one says what it says and denies what it denies.

We have clear interests in Syria and we set red lines. We will not allow weapons to pass from Syria to Lebanon, and we will not allow the establishment of an Iranian base.