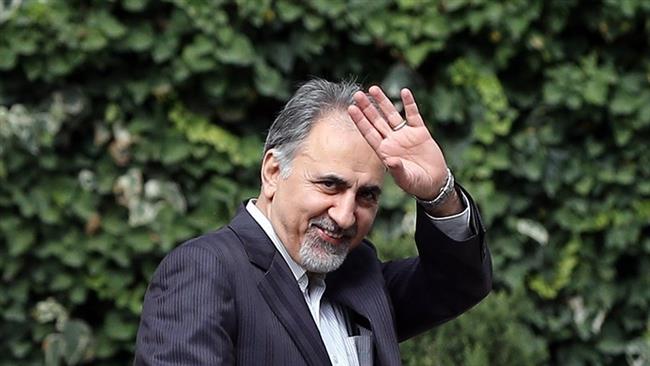 The reformist mayor of Iran’s capital Tehran has resigned after pressure from the judiciary.

Najafi sent a letter of resignation in mid-March to the City Council; however, the 21 members, all of whom are reformists, rejected it on Saturday.

During his seven months in office, Najafi repeatedly spoke about “widespread illegal actions” under his predecessor, the conservative Mohammad Baqer Qalibaf. Najafi and council members said billions of dollars in city debt was due in part to corruption and illegal transfer of real estate to individuals.

The judiciary then summoned the mayor to court in mid-March, after he attended a ceremony where 9-year-old girls were performing a dance as part of the festivities.

Najafi said at Saturday’s council meeting, “I kept silent in the face of threats and insults in order to reform a corrupt system. Most of the attacks targeted me, and finally one of those hit me hard.”

Acting Mayor Makarem is an economist who has been deputy chairman of Iran’s Cultural Heritage Organization, and director-general for budget at the Education Ministry.

President Hassan Rouhani has tried to reassure Iranians over the sharp drop in the value of the Iranian rial, which was already at a historic low.

After the second emergency meeting of the Government’s economic board in three days, Rouhani said that the latest currency policy would meet concerns over the 20% fall in the rial’s value over the past week: “Transparency blocks the base of corruption, and this policy is a move towards creating transparency in the currency market”.

The rial broke the all-time low of 45,000:1 v. the US dollar last month. The Central Bank raised interest rates and authorities threatened the arrests of speculators and unofficial traders to halt the drop to the symbolic 50,000:1 mark.

However, amid concerns over new US sanctions and Iran’s economic problems, the rial began another slide to more than 60,000:1 on Monday. Some exchange shops have shut, and there are long queues for small amounts of foreign currency from official outlets.

On Monday, the Government raised the official rate of the rial to 42,000:1, up from 37,000:1. It insisted that it was unifying the official and open-market rates — “We do not recognise any other rate,” said 1st Vice-President Eshaq Jahangiri, “Anyone trading at any other rate will be considered a smuggler.”