BBC Radio: A Turning Point in US for Gun Control? 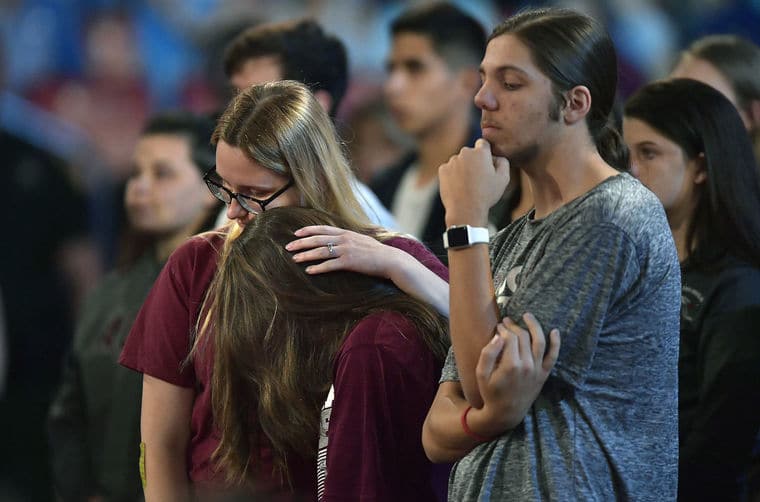 UPDATE, FEB 23: I spoke further about gun control and Donald Trump — “I think we have seen a change this time on the issue” — with BBC Radio Ulster on Thursday afternoon:

I don’t want to be too optimistic…but there may be a chink of light out of this darkness. Finally, there will be a sensible approach, such as banning semi-automatic rifles, rather than this nonsense that somehow we’ll deal with the insane and give the teachers guns and this will magically be solved.

UPDATE, 1500 GMT: Following Donald Trump’s appearance with students and parents in the White House on Wednesday and — more importantly — the Florida town hall meeting in which students, teachers, and parents challenged politicians and the National Rifle Association’s spokesperson, I spoke with BBC Radio Wales on Thursday morning about the significance.

The campaign for steps towards gun control, led by survivors of the February 14 mass killing at a Florida high school, brought a small concession from Donald Trump on Tuesday — he called for a ban on bump stocks, converting semi-automatic into automatic weapons, and for background checks.

But were Trump’s steps significant? And is this really a turning point in America’s long turmoil over gun ownership and killings, or just a blip with no action to be taken?

I spoke with Austria’s Radio FM4 on Wednesday about the situation and what lies ahead.

Listen to Discussion from 12:17

I would have said, immediately after the killings in Florida last week, “It’s Groundhog’s Day again.” But with this conjunction of high school students and the use of social media to make their case, this time may be different — they may have galvanized public opinion and shifted the argument.