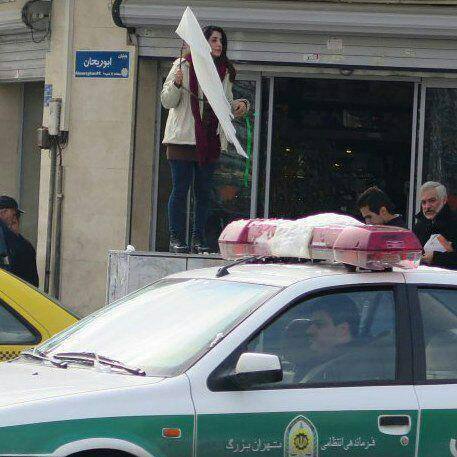 UPDATE 1400 GMT: Iranian authorities have now arrested at least 29 people over the hijab demonstrations, according to conservative outlet Tasnim.

The detainees have been charged with “disturbing public security”. The locations have not been given.

Two friends, one against the hijab, the other for, have sent their pix to @RadioFarda_ from Yasouj in southwestern Iran to express support for women protesting compulsory hijab #دختران_خیابان_انقلاب pic.twitter.com/FlRwYNyAJS

Weeks after protests across Iran, a new type of demonstration is spreading across cities, as women remove mandatory head covering and wave white hijabs on poles.

The first “Girl of Revolution Street” appeared in Tehran on December 27, the day before the escalatoin of protests over political and economic issues. She was filmed climbing atop an electricity box on one of the capital’s busiest thoroughfares, Enqelab (Revolution) Avenue, as she removed the hijab and waved it in the air.

The woman — Vida Movahed, a 31-year-old mother, according to social media accounts — was arrested two days later. She has been freed, presumably on bail, according to human rights lawyer Nasrin Sotoudeh.

As news circulated of Movahed’s release, a second woman, named as Narges Hosseini, waved her hijab in the heart of Tehran and was arrested. She has reportedly been released on $140,000 bail.

Now several women in Mashhad, one of the holiest cities in Iran, and in Esfahan and Shiraz have joined the demonstrations. Men have also been photographed waving hijabs in support. 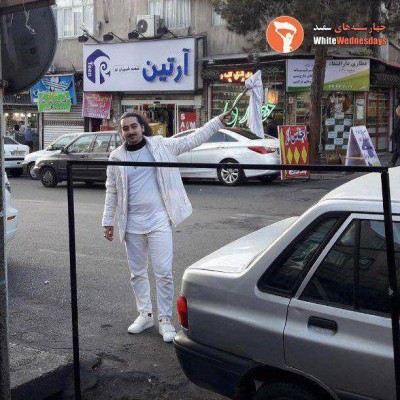 A photo of the site of the first demonstration, the electricity box on Enqelab Avenue, shows the inscription, “There is no dress code at this spot,” with a police car parked nearby.

The chador — black dress from head to foot — was forbidden in 1936 during the reign of Reza Shah; however, his son Mohammad Reza, relaxed the dress code when he came to power, making hijab optional for women.

A few months after the 1979 Islamic Revolution, the new regime passed a law forcing women to cover their heads and wear wear loose clothing from head to foot.

In 2014 a social media movement, My Stealthy Freedom, featured women in Iran dancing and celebrating as they removed the hijab. 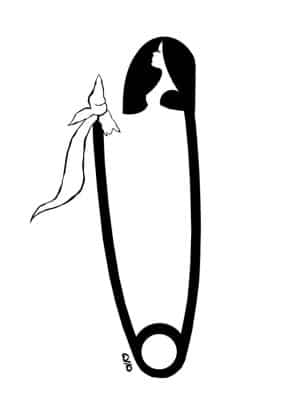 At least seven human rights activists have been detained in the latest wave of arrests throughout Iran.