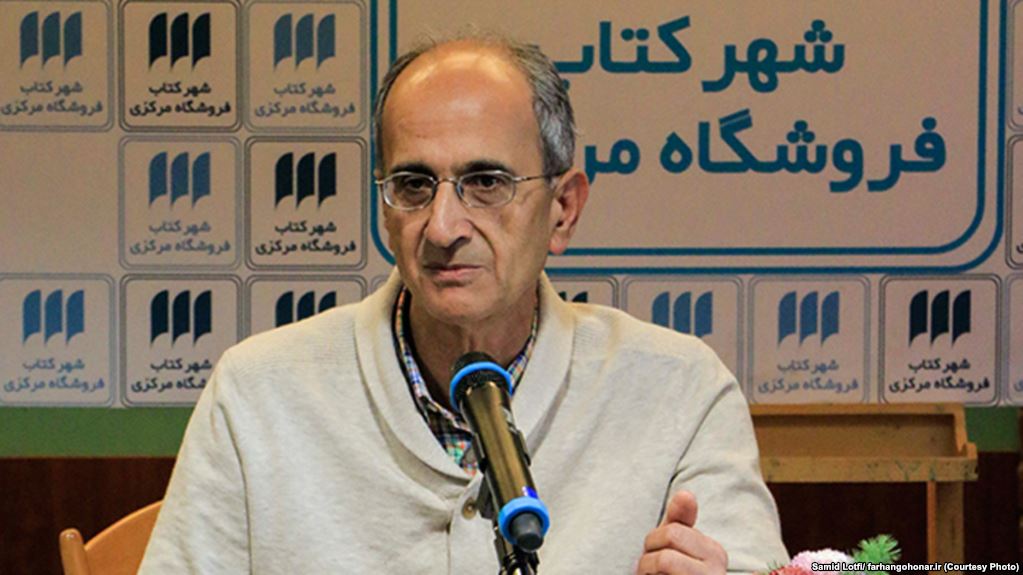 The family of Professor Kavous Seyed-Emami (pictured), a leading environmentalist in Iran, has rejected the regime’s latest account over his death in custody.

Seyed-Emami, an Iranian-Canadian dual national and the Managing Director of the Persian Heritage Wildlife Foundation, was arrested on January 24 on unspecified charges. His family was notified on February 9 of his death, with officials later declaring that he had hung himself in the bathroom of his cell.

A day later, the Tehran Prosecutor announced the arrest of seven other staff of the Foundation, including an Iranian-American national. The regime has subsequently put out a series of explanations for the detentions, including claims that the political prisoners were spying on Iran’s nuclear facilities and gathering environmental information that they passed to the US.

On Tuesday, conservative Iranian outlets said Seyed-Emami’s family had accepted that he killed himself, after being shown a film by officials. They said that the family had not requested an autopsy and that the case was not closed.

But both the lawyer for the family and a family member or close friend disputed the account.

The “source with knowledge of the case” said, “We didn’t see the act of suicide in the 2-3 hour film. We are hoping that the investigation will clarify why he was detained and interrogated.”

Seyed-Emami’s family have been told by authorities not to speak to the media.

However, lawyer Payam Derafshan disputed that the family had accepted the medical verdict: “Tehran’s Forensic Medicine Department and the Iranian coroner’s office have carried out an autopsy on Emami’s body, but a death certificate takes a month to be issued.”

Derafshan also told a journalist for the reformist Shargh newspaper that he had seen no clear sign of suicide in the film shown to the family.

Regime Claims of the CIA, Mossad, and “Atomic Lizards”

There has been no further news of the status of the seven environmentalists who are still detained.

Instead on Tuesday, officials set out new versions of the “crimes” of the accused. Tehran Prosecutor General Abbas Jafari Doulatabadi said, “The detainees…were gathering intelligence from sensitive and vital sites of the country, including the country’s missile bases according to the CIA and Mossad intelligence officers’ guidelines.”

He claimed the detainees used environmental issues as a cover to install cameras in strategic sites. He also accused them of creating “environmental crises” and transferring data to the US.

Doulatabadi said the guilt of the political prisoners was established by their attendance of conferences in Israel of MENARID, an organization pursuing integration of management of natural resources. The prosecutor then apparently referred to one of the detained staff, Iranian-American national Morad Tahbaz, accusing him and Kavous Seyed Emami — who died in custody — of being the liaisons for the CIA.

Hassan Firouzabadi, senior military advisor to the Supreme Leader and former armed forces Chief of Staff, said he did not know the details of the case. But he then supported the detentions by saying Western spies had used lizards which could “attract atomic waves” to spy on the nuclear program:

Several years ago, some individuals came to Iran to collect aid for Palestine….We were suspicious of the route they chose.

In their possession were a variety of reptile desert species like lizards, chameleons….We found out that their skin attracts atomic waves and that they were nuclear spies who wanted to find out where inside the Islamic Republic of Iran we have uranium mines and where we are engaged in atomic activities.

Meanwhile, reports are circulating that senior Environment Department official Kaveh Madani, released on Monday after a weekend detention, is still being supervised by the Revolutionary Guards.

The Department issued a high-profile statement on Monday over Madani’s release, displaying a photo of him in a meeting between Environment Minister Isa Kalantari and the German Ambassador.

But claims spread yesterday that Madani’s appearance had been stage-managed after his interrogation on Sunday and Monday. Sources said security forces accompanied Madani as he left the Department building and that he may have been returning to custody.

Madani’s social media accounts were suspended on Sunday. His Twitter account later reappeared, but without the blue tick mark of verified identity.