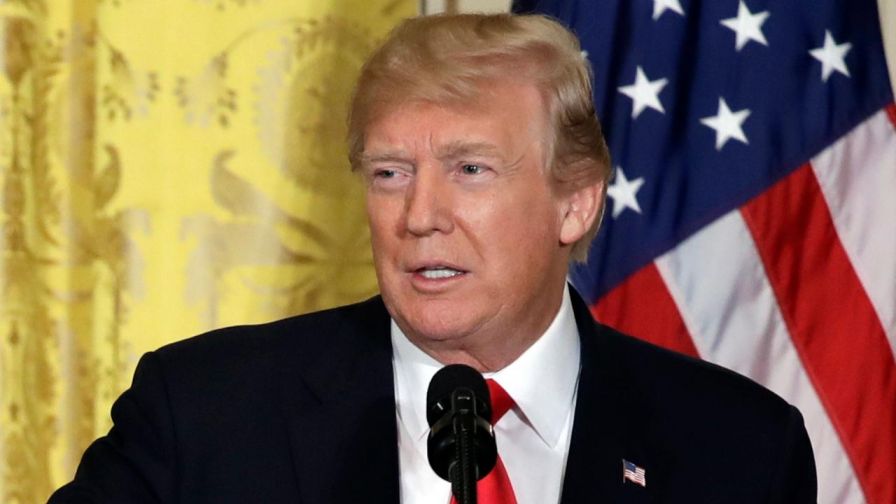 Developments on Day 356 of the Trump Administration:

Trump Backs Away from “100%” Statement

Donald Trump refuses to commit to an oral deposition to the Trump-Russia investigation of Special Counsel Robert Mueller.

During a news conference with Norwegian Prime Minister Erna Solberg, Trump was asked about reports that Mueller is on the point of issuing a subpoena for the deposition.

In June, as he defended his firing of FBI Director James Comey, Trump said he would be “100%” willing to give a sworn statement to Mueller.

White House lawyers are reportedly wary of their client speaking to investigators as, with Trump’s propensity for statements that are not necessarily the truth, it may expose him further to charges of perjury and obstruction and justice. They are pressing for a written deposition, if Trump has to fulfil the subpoena.

Trump repeated his criticism of the inquiry as a “witch hunt” and a “Democrat hoax”, reinforcing the remarks on Twitter:

It has been determined that there’s been no collusion — and by virtually everybody. When they have no collusion, and nobody’s found any collusion at any level, it seems unlikely that you’d even have an interview.

Amid the growing pressure of the Russia inquiry and a new tell-all book about him and his Administration, Trump said on Wednesday that he will review libel laws

Speaking during a Cabinet meeting, Trump said that people should not be able to say falsehood and then “smile as money pours into your bank account”:

Our current libel laws are a sham and a disgrace, and do not represent American values or American fairness. We’re going to take a very, very strong look at that. And I think what the American people want to see is fairness.

Trump has been renowned for his own suspect claims, such as that Barack Obama was actually born in Kenya, and for his insults of political opponents.

Last autumn Trump responded to reports about him with the promise:

So when The New York Times writes a hit piece which is a total disgrace or when The Washington Post, which is there for other reasons, writes a hit piece, we can sue them and win money instead of having no chance of winning because they’re totally protected.