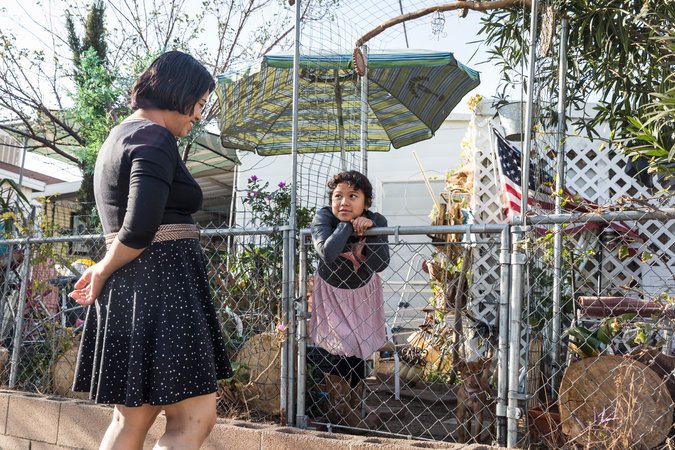 “There is nothing to go back to in El Salvador”

Developments on Day 354 of the Trump Administration:

The Trump Administration announces that almost 200,000 immigrants from El Salvador must leave after more than a decade in the US.

Homeland Security officials said they are ending a humanitarian program, Temporary Protected Status, for Salvadorans who have been allowed to live and work in the US since two earthquakes in 2001. The immigrants must leave by September 2019.

In late November, the Administration announced the end of TPS for more than 45,000 Haitians who came to the US after a 2010 earthquake, and it suggested that others in the program, in particular Hondurans, may soon be deported. Nicaraguans lost their protections last year.

Driven by the hard-right views of advisors like Stephen Miller and Donald Trump’s anti-immigrant views — last month it was reported that he said all Haitians “have AIDS” — the Administration has been sharply cutting the number of immigrants allowed into the US, threatened deportations of those already in the country, and ended protections from March for 800,000 young undocumented immigrants, known as Dreamers, unless Congress grants them legal status.

The Department of Homeland Security said yesterday that roads, schools, hospitals, homes, and water systems have been reconstructed so Salvadorans must return: “Based on careful consideration of available information, the Secretary determined that the original conditions caused by the 2001 earthquakes no longer exist. Thus, under the applicable statute, the current TPS designation must be terminated.”

But one of those affected, Veronica Lagunas, said:

We had hope that if we worked hard, paid our taxes and didn’t get in trouble we would be allowed to stay.

There is nothing to go back to in El Salvador/ The infrastructure may be better now, but the country is in no condition to receive us.

Lagunas said she will remain in the United States illegally, risking arrest and deportation, but she will lose her job and her family will be without medical insurance.

Another Salvadoran, Carlos Jiron, started a small contracting business and now carried out big jobs such as the painting of federal buildings in the Washington area. He said he will have to decide whether to take his children to El Salvador, where he said they will not maximize their potential and will face safety threats; leave them with guardians in the United States; or remain in the country despite the deportation risk.

“We have built a life here,” said Jiron.