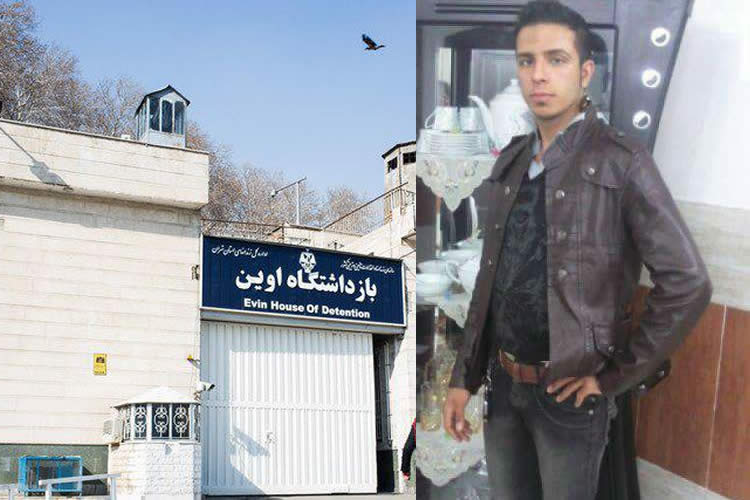 A protester has died in detention in Iran, the first such fatality since the surge of demonstrations across the country from December 28.

Reformist MP Mahmoud Sadeghi confirmed the death in a message on Twitter, citing a conversation with an intelligence official. In a statement on a local news website, he said the intelligence source told him that the detainee had committed suicide.

Another MP, Tayyebe Siavashi, said officials told her that the death was a suicide.

A rights group trying to establish the conditions of detainees said Sina Ghanbari, 22, died in Evin Prison. It said the information came from other prisoners who had been freed.

The head of the prison authority in Tehran Province, Mostafa Mohebi, finally announced on Monday: “On the morning of Saturday, January 6, one of the prisoners, Sina Ghanbari, son of Ali Akbar, visited the lavatory of the quarantine section and hanged himself.”

Claims are also circulating that a young peddler, Vahid Heydari, was arrested on New Year’s Eve and committed suicide in a detention center in Arak.

Sadeghi called for a Parliamentary investigation of the incident and warned President Hassan Rouhani and security and judicial officials about a repetition of the deaths of detained protesters after the disputed 2009 Presidential election.

Nasrin Sotoudeh, human rights lawyer and former political prisoner, said that she had been informed by detainees that at least three people have died in Evin Prison in recent days.

“In some cases hundreds of people are packed in rooms that can only accommodate 120 people,” she said. “They must be freed as soon as possible before some react badly or, god forbid, commit suicide.”

In 2009, several detainees died from abuse. One of the cases, the death of three young men in the Kahrizak facility, was pursued by authorities after one of the victims was identified as the son of a prominent conservative political activist. The Supreme Leader eventually ordered the closure of the facility.

In November 2017, the former Tehran Prosecutor General, Saeed Mortazavi, was finally given a two-year sentence for his role in the abuse and deaths.

The Supreme Leader has claimed that a “triangle” of the US/Israel, Saudi Arabia, and the Mujahedin-e Khalq Organization plotted to take over the demonstrations across Iran.

In the latest regime reduction of the protests over political and economic issues to an enemy scheme, Khamenei told an audience from Qom on Tuesday:

The plot has been hatched by Americans and Zionists. They have been working on it for several months, planning to begin from small towns and then move on towards the center. The cash comes from one of the filthy rich Persian Gulf littoral states.

He added that the third element was the “murderous” MKO, which has pursued the overthrow of the regime since 1980.

U.S. officials should know that, firstly, they have missed their target: and if they target Iran again, they will fail. Secondly, they have inflicted damage upon Iran in recent days, and they should know this won't be left without a response.

He said that “people’s honest and rightful demands should be heeded and separated from acts of violence and sabotage”.