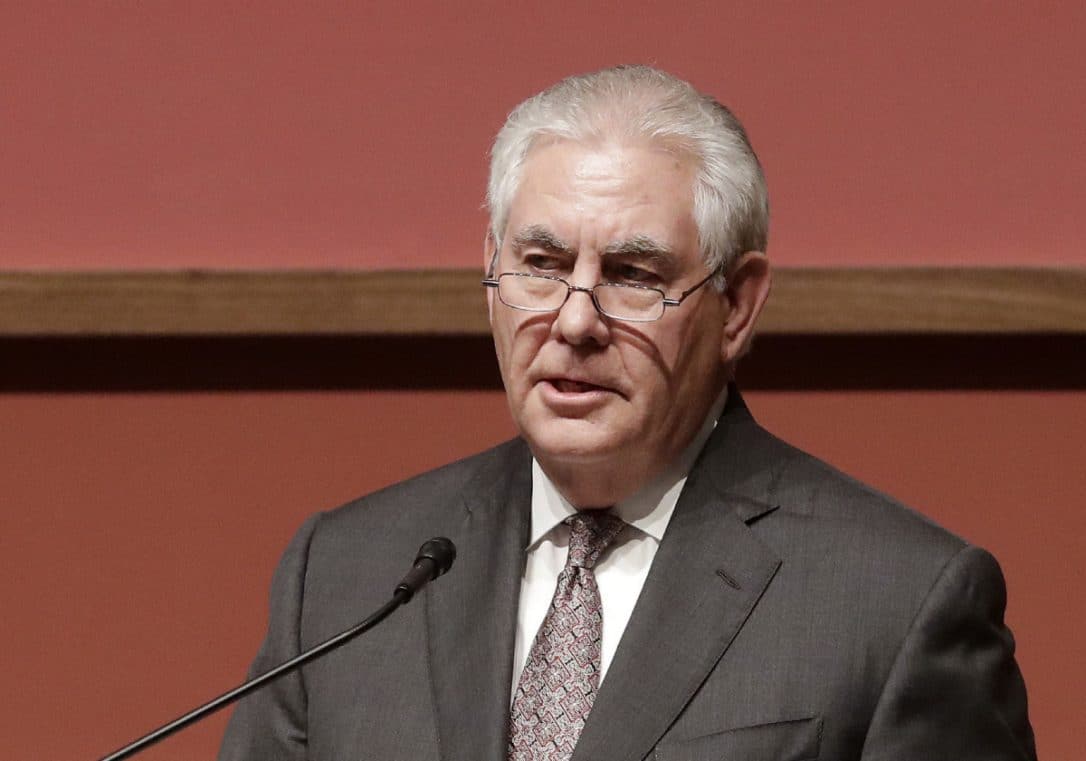 Secretary of State Rex Tillerson has presented a revised US strategy for Syria, promising a long-term military presence but only raising more questions about Washington’s approach.

Using the Islamic State as a pretext, Tillerson said American forces would be positioned alongside the Kurdish-led Syrian Democratic Forces which Washington has backed since its creation in autumn 2015 to push back ISIS.

“The United States will maintain a military presence in Syria, focused on ensuring ISIS cannot re-emerge,” the Secretary of State declared. He said that, in the areas where ISIS had withdrawn, Washington would pursue “stability operations” for the resumption of services and clearance of mines.

Tillerson also said a US priority was to prevent the expansion of the influence of Iran, an essential backer of the Assad regime, and he spoke of the necessity of achieving a stable, unified Syria.

Uncertainty Over Assad and Turkey-Kurds Issue

However, on the central issue of the regime’s future, Tillerson was unclear. While speaking of a settlement which “will result in the permanent departure of Assad and his family from power”, he said, “this process will take time, and we urge patience in the departure of Assad and the establishment of new leadership”.

The statement was an indication that the US, pushed to the side on the political process by Russia since 2016, has no idea on how to regain any initiative in the discussions. Tillerson said instead, “Responsible change may not come as immediately as some hope for, but rather through an incremental process of constitutional reform and U.N.-supervised elections. But that change will come.”

The Secretary of State said almost nothing of the US approach to the Syrian opposition and rebels, after years of an American withdrawal of support, or of the challenges facing the latest American declarations.

Earlier this week the US confirmed a plan to create a 30,000-strong border forces, with half the personnel coming from the Kurdish-led SDF. The proposal provoked fierce objections from Turkey, which considers the Kurdish Syrian Democratic Union Party (PYD) and its YPG militia to be part of the Turkish Kurdish insurgency PKK. Russia, Iran, the Assad regime, and the Syrian opposition also criticized the initiative.

Turkish President Recep Tayyip Erdoğan is threatening an offensive against the Kurdish canton of Afrin in northwest Syria. After a meeting with Tillerson in Canada on Tuesday, Foreign Minister Mevlüt Çavuşoğlu indicated that Turkey might also move against the SDF-held city of Manbij in eastern Aleppo Province.

A Turkish National Security Council meeting on Wednesday, chaired by Erdoğan, announced, “Necessary steps would be taken immediately and resolutely to defeat any threat against Turkey from western Syria in the first stage….The establishment of a terror corridor and the formation of a terrorist army across the border will not be allowed.”

In his speech, Tillerson avoided any comment on the situation, merely praising Turkey’s role in the fight against the Islamic State.

Turkish media claimed that Tillerson, flying from Canada to the speech in California, backed away from the border force:

Some people misspoke. We are not creating a border security force at all. I think it’s unfortunate that comments made by some left that impression. That is not what we’re doing.”

He said Turkish officials had been told US intentions were only “to ensure that local elements are providing security to liberated areas.

The Secretary of State also all but ignored the ongoing attempts by the Assad regime, backed by Russia as well as Iran, to overrun opposition areas in northwest Syria and in the Damascus suburbs.

Tillerson proclaimed an advance by the US and Russia with the pronouncement of a “de-escalation zone” in southwest Syria, near the Israeli-occupied Golan Heights. But it was only in passing that mentioned the pro-Assad offensive trying to regain parts of Idlib Province, almost all of which has been controlled by the opposition since spring 2015, or of the months of attacks and tightening, deadly siege of the East Ghouta area near the capital.

Despite proclaiming de-escalation zones in those areas, Russia has carried out airstrikes in support of the pro-Assad bombardment and ground assaults.

Fires burn after Russian airstrikes with incendiary munitions on towns across Idlib Province on Wednesday night:

White Helmets work in the place of Nabalm and burning phosphorus internationally banned in the city of Ma'arat al-Nu'man in the southern countryside of Idlib pic.twitter.com/qmyUf1MyrE

A prominent pro-Assad social media account — reportedly run by New York-based banker George Saghir — conveyed the reaction of a “highly credible source in Damascus”, who was at pains to refute the portrayal of Iranian influence on the Assad regime:

Throughout past seven years, one is led to believe that Tehran’s influence in Syria is so broad and complete that Assad needs Iranian approval prior to visiting the bathroom….

Those who know the “Regime” are very aware how important it is for Damascus to retain control over its final decisionmaking and on who controls its territory.

The source declared that Tillerson’s speech will “bring Syria and Iran closer together” and emphasized, “Assad has no plans of leaving.”