Iran Daily: Top Official in Russia for Talks on Nuclear Deal and Syria 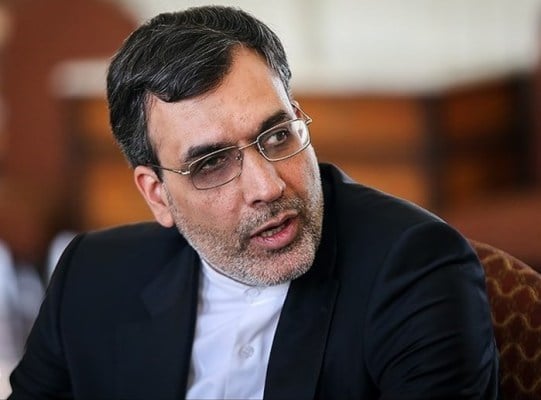 Iran’s Deputy Foreign Minister Hossein Jaberi Ansari is heading to Moscow for talks on the July 2015 nuclear deal and on the Syrian conflict.

The Trump Administration has maintained and extended sanctions on the Islamic Republic despite the nuclear agreement between Iran and the 5+1 Powers (Russia, US, France, Germany, China, and France). Donald Trump has threatened American withdrawal from the deal, and on Thursday a group of Republican legislators proposed new legislation to put further pressure on Iran’s nuclear and ballistic missile programs.

At the UN Security Council, Russian Foreign Minister Sergei Lavrov warned that the collapse of the nuclear deal, “a genuine achievement of international diplomacy”, would send an “alarming” message to the world. He criticized the US as he said the agreement cannot be abandoned “for the benefit of political agendas of certain countries”.

UN Secretary-General Antonio Guterres told the Council that it was in the world’s interest that the agreent “be preserved”.

Politics and A Turkish Challenge in Syria

Iranian State media say Jaberi Ansari will discuss Russia’s repeatedly-postponed plans for a “national congress”, to be held in the southern Russian city of Sochi, to seize the political initiative.

Part of the reason for the delay has been Turkey’s objections to certain Syrian Kurdish groups, notably the Kurdish Democratic Union Party (PYD), participating.

Jaberi Ansari is also likely to confer about Turkey’s warning that it will launch an offensive on the Kurdish canton of Afrin in northwest Syria. The head of the Turkish military, Gen. Hulusi Akar, is in Moscow from Friday to seek Russian approval of the operations.