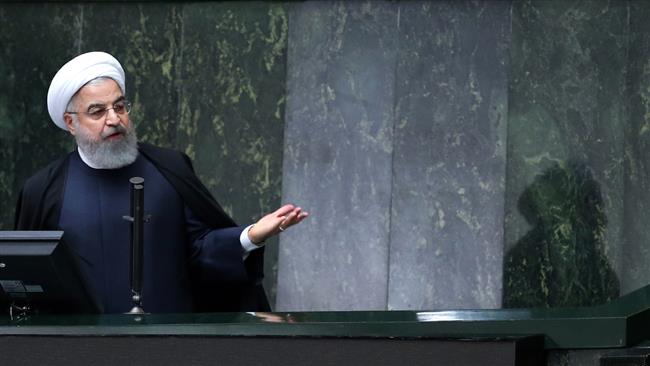 Is Iran realigning because of Syria and Trump decision on Jerusalem?

Signaling a possible shift in Iran’s political strategy, President Hassan Rouhani has said Tehran can restore relations with Saudi Arabia if the kingdom ends its military intervention in Yemen’s civil war and cuts links with Israel.

Saudi Arabia cut relations with Iran in January 2016 after a crowd attacked the Saudi Embassy in Tehran, protesting Riyadh’s execution of a prominent Shia cleric. The two sides have been on opposite sides of conflicts across the Middle East, including the Syrian conflict and Yemen’s civil war.

However, there have been signs of a possible accommodation over Syria, where Iran has provided essential military support for the Assad regime since 2012 and the Saudis have backed opposition groups and rebels. Riyadh hosted a conference last month in which a reformed opposition, including factions backed by Assad’s other key ally Russia, were included.

The Iranians may also be under pressure from Russia, which has shown signs of a willingness to step away from Bashar al-Assad if not the Syrian regime and its system. A Russian official indicated to EA last weekend that Moscow may be considering an arrangement in which Assad is set aside in return for guarantees of reconstruction assistance for regime-held areas and support for a Syrian economy which has lost more than 75% of GDP since 2011.

Another catalyst for Rouhani’s approach towards Saudi Arabia may be last Wednesday’s recognition by Donald Trump of Jerusalem as the Israeli capital. Iranian officials see the Trump statement as an opportunity to galvanize Islamic and Arab opinion alongside the Islamic Republic. With respect to Riyadh, the turn of events could unsettle Saudi Arabia’s developing, private links with Israel in a political, economic, and military cooperation against Iran.

After regional powers’ conspiracy to let terrorist groups dominate the oppressed people in the region was defeated, the Americans today have launched a new plot with the help of the Zionists, which is an aggression on the sacred Quds [Jerusalem].

We were not, are not and will not be silent in the face of the conspiracies of the big powers, the US, the arrogance, and Zionism.

Still, Rouhani’s signal for a new line with Riyadh could be challenged by other factions in the Iranian system, notably the Revolutionary Guards. The President’s foreign policy of “engagement”, including exchanges with Saudi Arabia, has been opposed by hardliners before and after the break of relations in January 2016.

Zarif to Europe: “Work With Us”

Using an opinion piece in The New York Times, Foreign Minister Mohammad Javad Zarif has appealed to Europe to cooperate with Tehran.

Amid US sanctions and ongoing issues for the Iranian economy — including the hesitancy of European companies to pursue trade and investment with the Islamic Republic, for fear of American punishment — Zarif’s priority is the promotion of the July 2015 nuclear deal: