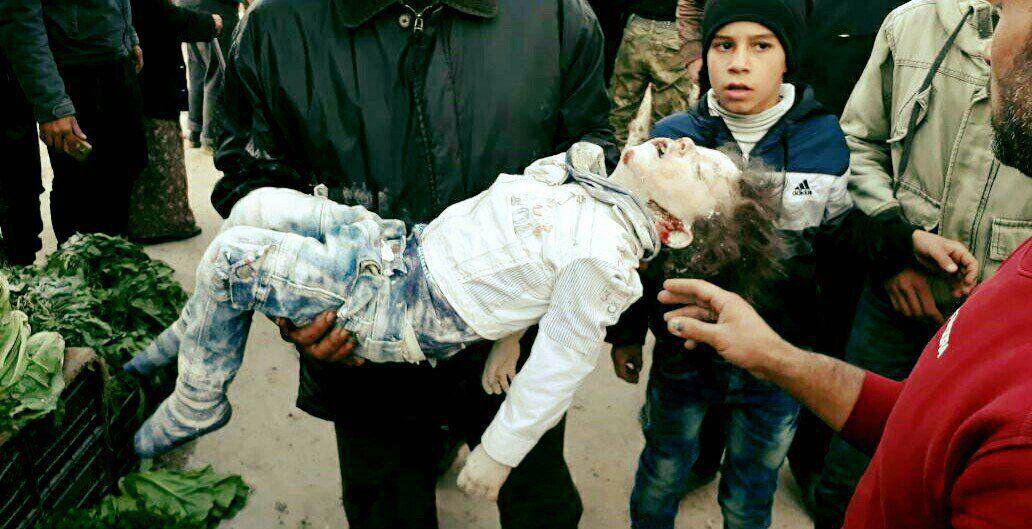 Reports indicate that pro-Assad airstrikes on a market and other sites in western Aleppo Province in northwest Syria killed more than 40 people on Monday.

The strike was on the town of Atareb. Witnesses said a Russian-made Su-34 jet carried out three raids with six rockets, including vacuum missiles. At least 47 people were slain and more than 90 wounded.

Among the dead were police reportedly killed when their station was struck.

Atareb is covered by a de-escalation zone announced by Russia, Turkey, and Iran in late August for Idlib Province and parts of neighboring Hama, Latakia, and Aleppo Province in northwest Syria. There is no presence of the jihadists of the Hayat Tahrir al-Sham bloc, targeted by Russia despite the de-escalation arrangement, and the town — a center of demonstrations against the Assad regime since 2011 — is run by a local council. A base of rebels and their Turkish backers is 15 km (9 miles) away.

Despite the de-escalation agreement, Russian and regime attacks continued on Idlib Province and northern Hama Province through September. They had eased in recent weeks before today’s mass killing.

A selection of videos and pictures from the attack. Others were too graphic to be posted.

The moment of one of the strikes: 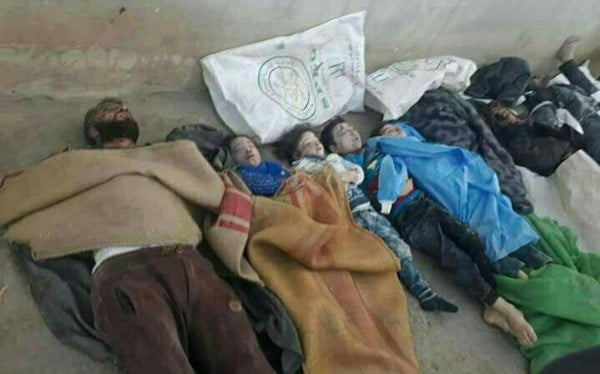 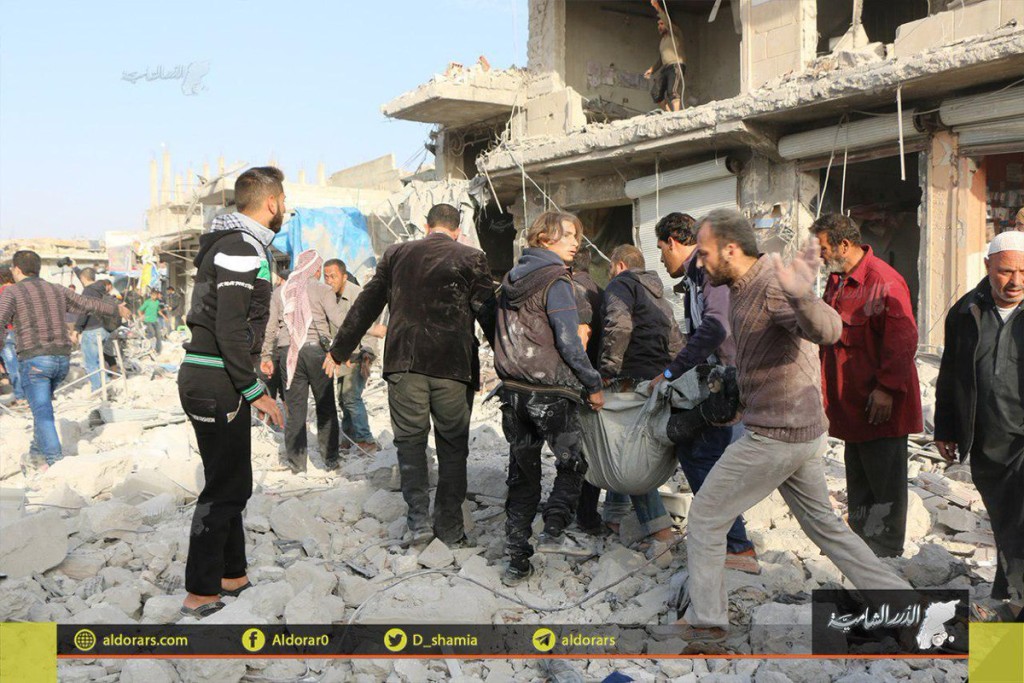 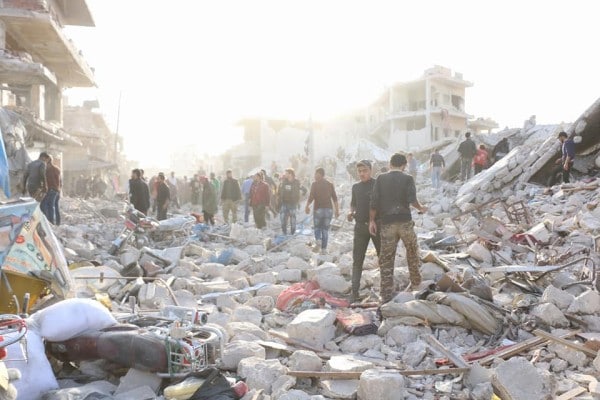 These civilians were getting food at a market in #Atareb and were targeted!! Aftermath of air raids that targeted the popular market. There’s no peace for Syrians until #Assad goes!! pic.twitter.com/KLYpyaHYah