Is Iran Establishing a Military Base near Syria’s Capital Damascus? 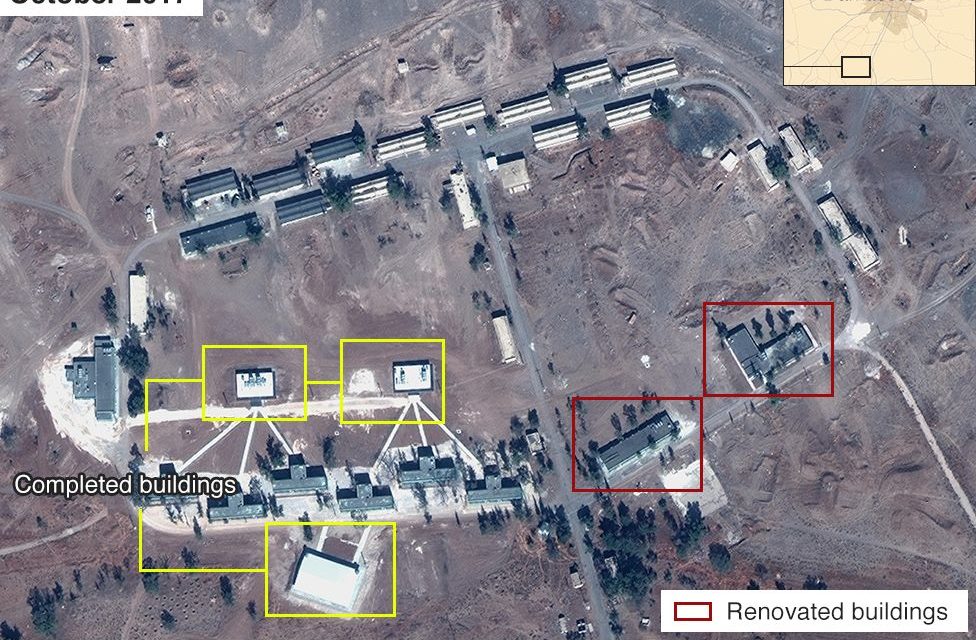 Citing a “Western intelligence source”, the BBC reported last week that Iran is establishing a “permanent military base” inside Syria.

The claimed site of the Iranian compound is at a base used by the Assad regime’s army outside al-Kiswah, 14 km (9 miles) south of Damascus.

The BBC supported its story with satellite images which show construction activity at the site between January and October, with new buildings added to about two dozen large low-rise structures, including barracks and garages for six to eight vehicles each.

EA consulted a former regime military official about the images. He assessed:

The shape of the buildings is unquestionably of barracks. They are not for other purposes at all.

Geographically, al-Kiswah is a potential base for Shia militias. It is surrounded by Shia areas of the Damascus countryside said as al-Husseiniyah, Sbeneh, and, most importantly, Set Zainab [also the site of a Shia shrine, an icon used by Iran for its “defense” of Syria since the 2011 uprising].

I believe it is a base, although it is not a missile factory or underground strategic facility.

But Are Iranians Present?

Iran has increasingly taken the lead in the Assad regime’s ground war since 2012, organizing and commanding both Syrian militias and bringing in foreign militias from Iraq, Afghanistan, and Pakistan as well as working with Hezbollah.

The images of the base do not confirm current occupation, let alone the presence of Iranians. However, since early 2016, Iran has taken over property in southern Damascus near the Sayyeda Zainab shrine, moving some local residents and possibly bolstering a corridor between Damascus and key Assad regime bases to the southwest of the capital.

Analysts estimate up to 500 troops could be positioned at the al-Kiswah base.