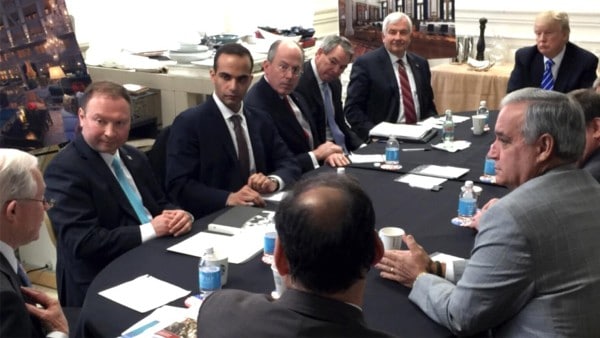 Still confused about the surge of the Trump-Russia investigation with the first indictments and guilty plea?

Here’s a Beginner’s Guide in my 10-minute interview with Monocle 24’s The Globalist — from the details of the charges against former Trump campaign manager Paul Manafort to the even more important development that former Trump advisor George Papadopoulos, while pleading guilty to lying to investigators, has been giving information for three months to the FBI and Special Counsel Robert Mueller’s team.

How significant is that information? Are more indictments on the way? Is Trump now vulnerable to impeachment or even his own appearance in a courtroom?

There are also links to my interviews with Ireland’s national radio RTE 1 and BBC outlets this morning, including the answer to the question, “Why should we care?”, and the projection, “By this time next year Trump will be gone.”