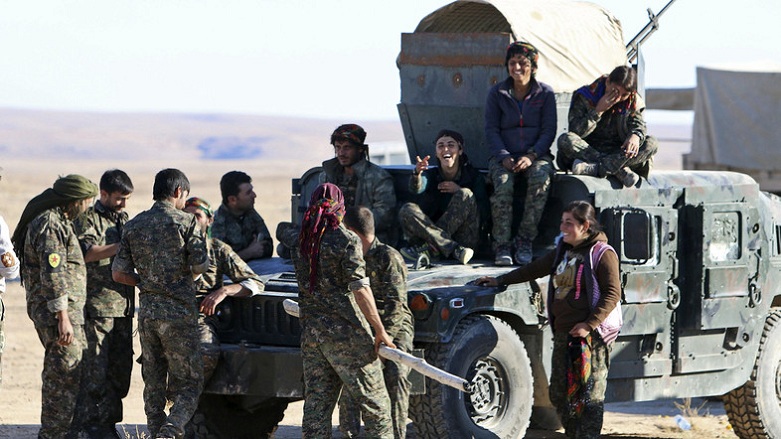 Both the SDF and the Pentagon claimed that a Russian warplane struck the SDF and supporting US forces in the industrial zone to the east of Deir ez-Zor city, about 15 km (10 miles) from pro-Assad forces on the western side of the city. They said six SDF fighters were injured, with no casualties among the Americans.

An American official said the US-led coalition denied a Russian military request to strike an area where there were SDF fighters and coalition advisors, but the Russians decided to attack anyway.

The incident highlighted the possibility of clashes between the SDF and the pro-Assad offensive, which entered Deir ez-Zor Province at the start of September and broke the Islamic State’s siege of both the city and the nearby military airport.

The US has said that the SDF, which launched its own advance into the province on September 9, will not enter Deir ez-Zor city. However, Bashar al-Assad’s senior advisor Bouthaina Shaaban said on Friday that the regime’s military will eventually “fight and work against” the SDF, led by the Kurdish militia YPG, as well as ISIS “so our land is freed completely from any aggressor”.

To avoid unnecessary escalation, the commanders of Russian forces in Syria used an existing communications channel to inform our American partners in good time about the borders of our military operation in Deir ez-Zor.

In the last few days, Russian surveillance and reconnaissance did not detect a single clash between Islamic State and armed representatives of any “third force” [the SDF] on the eastern bank of the Euphrates.

The SDF has said that pro-Assad forces have fired across the Euphrates and warned them to desist.

The Assad regime’s military claimed on Sunday that it took another suburb of Deir ez-Zor city, the al-Jafra district on the western bank of the Euphrates, cutting off ISIS fighters.

The US-led coalition has admitted to carrying out an airstrike in Deir ez-Zor province, which reportedly killed at least 12 Syrian civilians. While the coalition did not acknowledge the casualties among locals, it promised to launch an investigation into the incident.