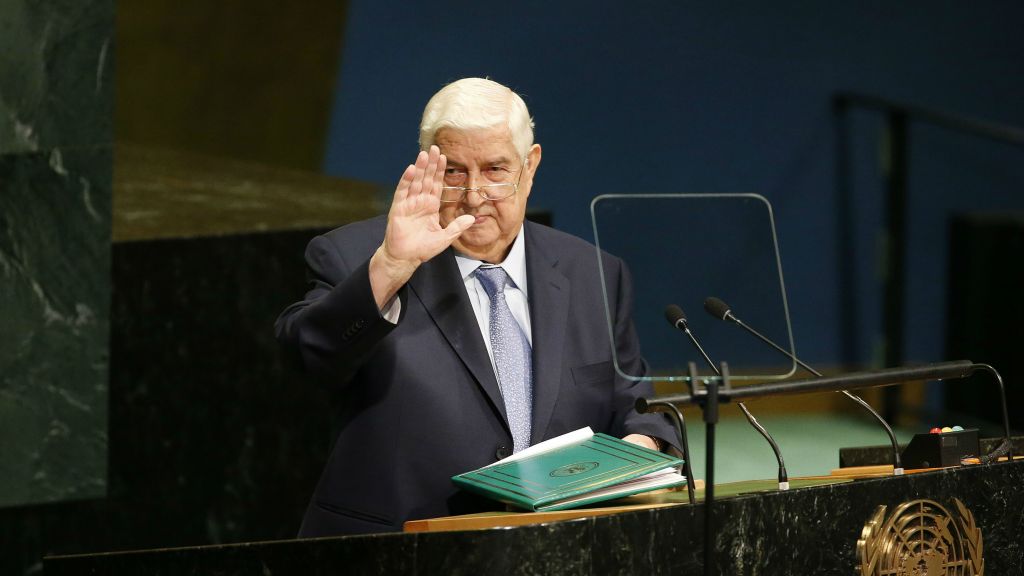 Moallem (pictured) asserted that “victory is now within reach” with the reoccupation of areas such as eastern Aleppo city and Palmyra, the recent breaking of the ISIS siege of Deir ez-Zor city, and “the eradication of terrorism from many parts of Syria”.

He praised the “constructive” role of the regime’s allies Russia and Iran and expressed hope that the four de-escalation zones — from opposition-held Idlib Province in the northwest to areas in the south — might lead to “an actual cessation of hostilities”.

But he added, “Syria reserves the right to respond to any violation by the other party. Syria also stresses that these zones are a temporary arrangement that must not violate the territorial unity of Syria.”

The largest of the zones, covering Idlib, was declared earlier this month by Russia, Iran, and Turkey. However, since last Tuesday, Russian and regime warplanes have been bombing across the province, following an attack on regime positions by rebels and the jihadists of the Hayat Tahrir al-Sham in neighboring northern Hama Province.

Despite Turkey’s role in the proclamation of the zones, Moallem lashed out at Ankara in contrast with his effusive praise of Moscow and Tehran:

Turkey, under [President Recep Tayyip] Erdoğan, has persisted in its aggressive policies against the Syrian people and continued to labor under the illusion that terrorism will help serve its subversive agendas in Syria and the countries of the region. Turkey’s position stands in stark contrast to the positive and constructive role played by Russia and Iran.

And, while speaking for a regime that has killed almost 200,000 civilians according to tolls from pro-opposition monitors, Moallem said:

The so-called “International Coalition” led by the US, which was created three years ago to allegedly fight terrorists groups such as ISIL, has killed much more innocent Syrians, mostly women and children, than terrorists and has destroyed vital infrastructure that the Syrians have worked for years to build.

In its latest compilation of casualties in the 78-month conflict, the Syrian Network for Human Rights has posted a tally of 212,786 civilian deaths.

Funerals for Murdered Dissident Barakat and Her Journalist Daughter

Funerals were held on Saturday for dissident Aroubeh Barakat and her journalist daughter Halla, both murdered in Istanbul, Turkey. 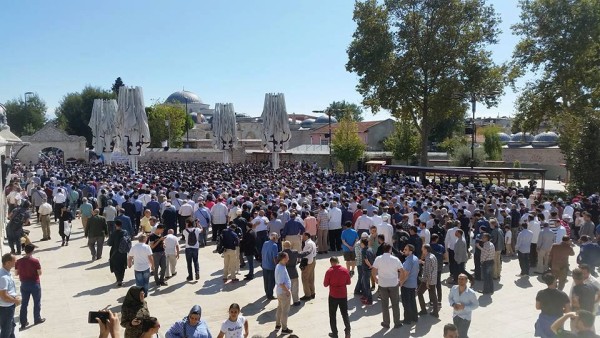 The bodies of the two women were found early Friday.

The Assad regime’s security services, who have carried out abductions and murders in Turkey, are suspected.