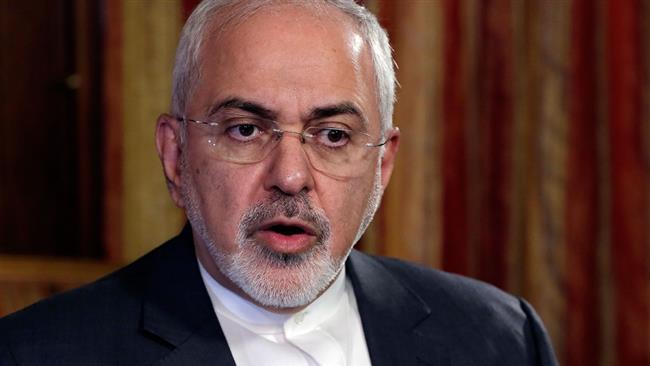 Iran’s Foreign Minister Mohammad Javad Zarif has used an interview with a US outlet to again rule out any renegotiation of the July 2015 nuclear agreement.

After Donald Trump’s aggressive speech at the UN on September 19, declaring that the deal is an “embarrassment” to the US, Administration officials said they are trying to persuade the other 5+1 Powers (UK, France, Germany, China, and Russia) to pursue revisions. They include extension of the 10- to 15-year terms of clauses restricting Iran’s nuclear research and development and inclusion of terms covering Tehran’s ballistic missile program.

Zarif told the Associated Press on Wednesday that renegotiation is a “myth” and Trump “would open a Pandora’s box” if he insisted on reopening talks. The Foreign Minister gave the reassurance over the time limits in the Joint Comprehensive Plan of Action:

We need to be realistic in our expectations. We dealt with all these issues. It took us many years. It took us 10 years of posturing on all sides and two years of serious negotiations to reach this deal. I don’t expect that a new round will produce any better results. In fact, a new round will get us in a quagmire that nobody will be able to get out of.

Zarif said that if the US withdraws from the deal, “then we’re not bound by that agreement and we will then decide how we want to deal with it”.

President Hassan Rouhani and other Iranian officials have said that the Islamic Republic will make a “proportionate response” to any US action. Without going into detail, Zarif implie that Iran will quickly resume enrichment of 20% uranium, which it gave up under the JCPOA:

[US withdrawal] does not mean that Iran wants to pursue a nuclear weapons option. But what is important is if the deal is broken, then Iran has many options, one of which would be to have an unlimited yet peaceful nuclear energy program.

Despite his rhetoric, Trump has twice certified Iranian compliance with the terms of the nuclear deal. However, under the terms of US legislation, he has to make another certification by October 15. If he does not, then the US Congress — which imposed new sanctions in late July — has 60 days to consider the renewal of far wider restrictions that have been suspended during negotiation and implementation of the agreement.

Scolding Trump — But Was US President Right for Once?

Portraying Trump as irresponsible, Zarif scolded him over a Saturday tweet about an Iranian ballistic missile test:

Iran just test-fired a Ballistic Missile capable of reaching Israel.They are also working with North Korea.Not much of an agreement we have!

Zarif maintained that there was no test: “We need to check our facts before we make statements. It worries me that people play with facts and produce alternative facts.”

But the Foreign Minister did not mention —and the Associated Press did not recognize — that Iran’s Revolutionary Guards declared the test of a new ballistic missile, the Khorramshahr, on Monday. Brig. Gen. Amir Ali Hajizadeh, the commander of the Guards’ Aerospace Force, said the Khorramshahr has a range of 2,000 km (1,240 miles) and can carry multiple warheads. Smaller in size and more tactical than its two predecessors, the missile will be operational in the near future, Hajizadeh said.

State TV carried images of the launch as if it had just happened, although the footage was apparently from a launch earlier this year.

No Talks About Release of US Citizens

Zarif said there are no current negotiations about the release of US citizens held in Iranian prisons.

When the nuclear deal was implemented in January 2016, Iran released five Americans. However, before and after then, Iranian forces have seized and imposed long prison sentences on other dual nationals. They include Iranian-American oil executive Siamak Namazi and his 81-year-old father Baqer, an Iranian-Canadian who was a senior official at UNICEF; Anglo-Iranian charity worker Nazanin Zaghari-Ratcliffe; Iranian-Lebanese citizen and US permanent resident Nazar Zaka; Iranian-American Karan Vafadari and his wife Afarin Neyssari, art gallery owners in Tehran; and Chinese-American historian Xiyue Wang.

Zarif did not comment on the details of the cases and instead tried to turn attention back on the US:

Unfortunately there are a large number of Iranians who have been detained by the United States, both in the United States as well as through the extradition request of the United States throughout the world. These people, including pregnant women, are in prison for technical violations of sanctions that no longer apply today.