“Trump Is a Dangerous Figurehead President” 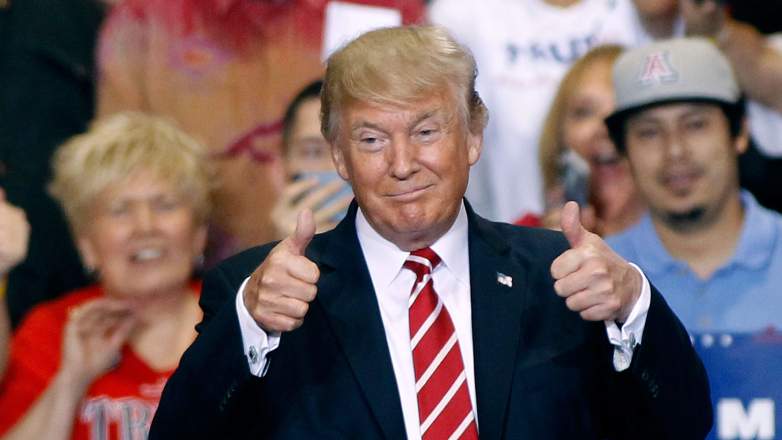 Trump talks tough but “The Wall is not going to happen”

On Wednesday, I spoke with Victoria Craw of Australia’s News.Com about Donald Trump’s aggressive speech in Arizona, including an apparent bluff to close the Federal Government if he does not get money for The Wall with Mexico — and its political implications.

President Trump has threatened to shut down the US government over funding for his promised wall on the Mexican border as a critical deadline looms.

During a fiery 80-minute speech in Phoenix, Arizona, the President defended himself over Charlottesville comments, took aim at the media and warned he might terminate the North American Free Trade Agreement (NAFTA) to force a renegotiation.

But for market watchers, his most significant comments came around funding for his proposed wall along the border with Mexico, [with an initial budget request for] $1.6 billion.

“Build that wall. Now the obstructionist Democrats would like us not to do it, but believe me if we have to close down our government, we’re building that wall,” he said.

“One way or the other, we’re going to get that wall.”

The comments come ahead of a critical deadline looming for the US government which must pass a new funding bill to keep the government running after September 30. The federal debt limit will also need to be raised by mid-October to avoid a default.

Treasury Secretary Steven Mnuchin has urged Congress to pass a “clean” bill to ensure the US avoids any economic shocks.

The last time a deadlock lead to a shutdown was in September 2013 under President Obama over funding for the Affordable Care Act — known as Obamacare. It cost an estimated $24 billion and saw thousands of workers sent home on furlough, leaving national parks and monuments untended.

Senate Majority leader Mitch McConnell has said, “There is zero chance — no chance — we will not raise the debt ceiling.”

University of Birmingham International Politics Professor Scott Lucas said while the current situation is “completely different waters” to the 2013 shutdown, it’s made worse by a growing rift between McConnell and Trump who reportedly have not spoken in weeks.

“Because the political temperature is even higher, you’re going to get all sort of political sparring and animosity. If we run into real problems over the budget, it’s going to be an absolute nightmare on both sides.”

While there is little Congressional support for Trump’s border wall plans, it’s unclear whether Democrats or Republicans will insist on certain conditions being attached to any funding bills that need to pass. Prof Lucas said Congress may be amenable to increased funding for border security such as personnel and fences but “that wall is not going to get built”.

“This whole idea of a whole new structure is not going to happen,” he said.

Alarm over Trump and White Supremacy

Trump’s speech was met with loud cheers from his fan base inside the Phoenix venue, while protesters were teargassed in the streets outside.

The President opened his rally with a call for unity against “perpetrated hatred and violence”.

“You know where my heart is,” he told his supporters about the media. “I’m only doing this to show you how damned dishonest these people are.”

Recent events in the US have earned the country a rebuke from the United Nations Committee tasked with combating racism.

The Committee on the Elimination of Racial Discrimination issued a formal “early warning” to the US in a rare move that can be used to signal looming disaster.

“There should be no place in the world for racist white supremacist ideas or any similar ideologies that reject the core human rights principles of human dignity and equality,” she said.

“We are alarmed by the racist demonstrations, with overtly racist slogans, chants and salutes by white nationalists, Neo-Nazis, and the Ku Klux Klan, promoting white supremacy and inciting racial discrimination and hatred”.