Syria Daily: US Brags About Cooperation with Russia 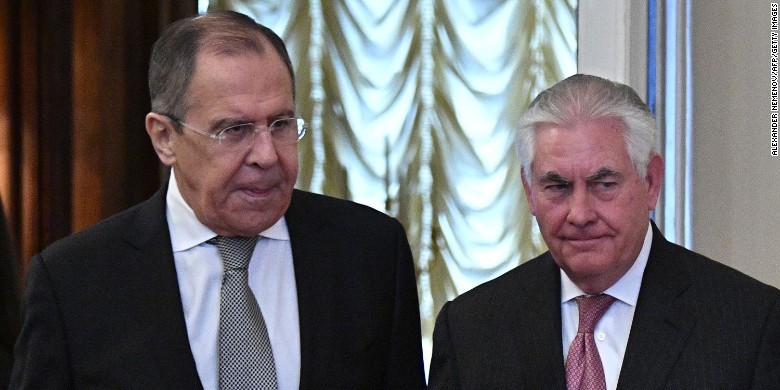 US military: “The Russians have been nothing but professional, cordial and disciplined”

Less than two years after objecting to Russia’s military intervention in Syria, US personnel are bragging about cooperation with Moscow.

The American military offered the effusive statements as they gave Reuters a tour around the US Air Force’s hotline station in Qatar overseeing “deconfliction” arrangements with Russian counterparts.

The officers said there are now 10 to 12 calls per day on the hotline to ensure that US and Russian warplanes do not accidentally clash “as they support different fighters on the ground”, in Reuters’ words.

The article does not explain that the “support” operations may include Russian bombing of opposition territory — the main objective of Moscow as it propped up the Assad regime with its aerial operations from September 2015 — as well as that of the Islamic State. Nor does it outline that US-led “support” operations now include the killing of hundreds of civilians, a rising total to complement the thousands slain by the Russians, as a Kurdish-led force tries to take Raqqa from ISIS.

Instead, the piece sets out how the US-Russian cooperation is effectively embedding a de facto partition in eastern Syria. THe arrangements have been reinforced since May, when the US carried out three airstrikes on pro-Assad forces — including Hezbollah and Iranian-backed Iraqi militia — trying to move inside a 55-km (34-mile) exclusion zone around a Free Syrian Army base at Tanf near the Iraqi and Jordanian borders. The Americans also shot down an Assad regime warplane in June as it threatened the Kurdish-led Syrian Democratic Forces in Raqqa Province.

“The reality is we’ve worked through some very hard problems and, in general, we have found a way to maintain the deconfliction line and found a way to continue our mission,” Lt. Gen. Jeffrey Harrigian, the top US Air Force commander in the Middle East, boasts.

He continues, “We have to negotiate, and sometimes the phone calls are tense. Because for us, this is about protecting ourselves, our coalition partners and destroying the enemy.”

Harrigian does not make clear that the enemy is now the Islamic State and not the Assad regime, part of the US shift since Russia’s escalation of military operations from 2015.

“The Russians have been nothing but professional, cordial and disciplined,” Lt. Gen. Stephen Townsend, the Iraq-based commander of the US-led coalition, added.

Picture: The Devastation in Raqqa City

An image of the damage in Raqqa city, where hundreds of civilians have been killed as US airstrikes support the offensive of the Kurdish-led Syrian Democratic Forces to take ISIS’s central position in northern Syria:

Satellite footage of Raqqa city shows scale of the devastation there: https://t.co/8HyRuR9Buu pic.twitter.com/nJpPdcNkQc

Mortar fire struck the town of al-Taybah al-Gharbiya in the al-Houla region on Wednesday, a day after a warplane carried out two strikes on the neighboring village of Taldo, injuring at least 25 civilians and causing material damages, according to residents and local civil defense.

A Russian-backed ceasefire was declared on August 1, and some aid reached the area nine days later.

However, the Assad regime is balking at the requirement for the release of political detainees, and it is unclear if terms such as the further entry of humanitarian aid, free movement of civilians, and deployment of Russian military monitors are being implemented.