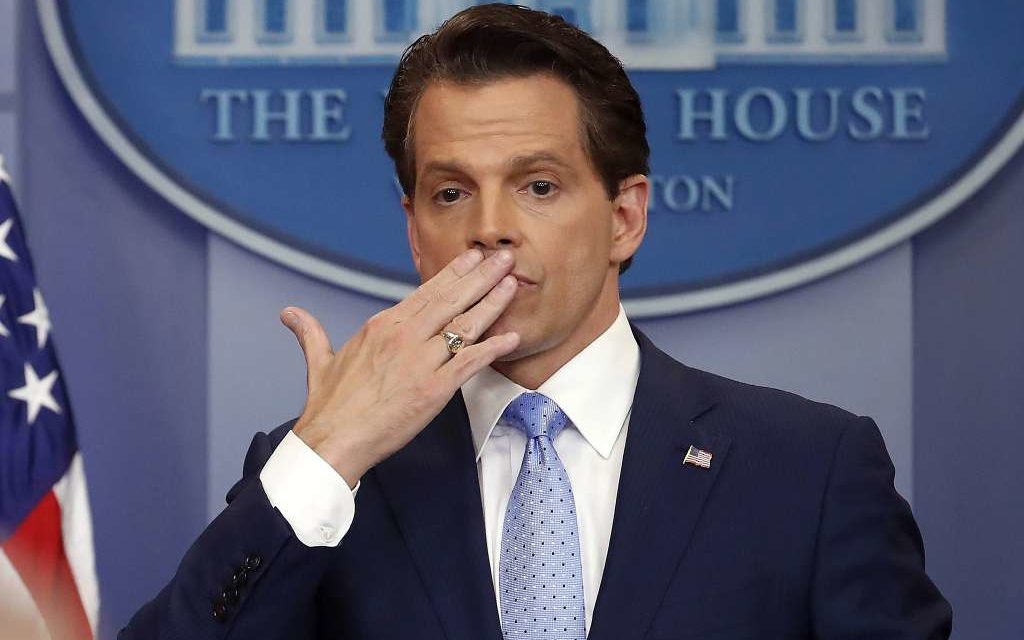 In a sequel to his sudden fall from Trumpian grace, former Communications Director Anthony Scaramucci has been outed for his e-mail battle with a prankster posing as Reince Preibus, the Chief of Staff pushed out by “The Mooch”.

On Saturday, the day after Priebus’ departure was announced, the prankster — @SINON_REBORN on Twitter — used a mail.com account to write Scaramucci:

I had promised myself I would leave my hands mud free, but…your tweet today — which stated how ‘soon we will learn who in the media who has class, and who hasn’t’ has pushed me to this.

That tweet was breathtakingly hypocritical, even for you. At no stage have you acted in a way that’s even remotely classy, yet you believe that’s the standard by which everyone should behave towards you? General [John] Kelly [who has now replaced Scaramucci] will do a fine job. I’ll even admit he will do a better job than me.

But the way in which that transition has come about has been diabolical. And hurtful. I don’t expect a reply.

Scaramucci responded, “You know what you did. We all do. Even today. But rest assured we were prepared. A Man would apologize.”

To which “Reince Priebus” fired back, “I can’t believe you are questioning my ethics! The so called ‘Mooch’, who can’t even manage his first week in the White House without leaving upset in his wake. I have nothing to apologize for.”

Scaramucci — whose wife has filed for divorce — closed off the exchange, “Read Shakespeare. Particularly Othello. You are right there. My family is fine by the way and will thrive. I know what you did. No more replies from me.”

The former Communications Director was also stung when the prankster adopted the persona of Jon Huntsman, nominated as Ambassador to Russia.

“Who’s [sic] head should roll first?” the fake Huntsman asked from a Gmail account on Friday, just before announcement of Priebus’ demise. “Maybe I can help things along somewhat.”

“Both of them,” responded Scaramucci, in an apparent reference to Priebus and chief strategist Steve Bannon, also insulted in Scaramucci’s vulgar diatribe to a journalist for The New Yorker.

After messages of support from faux Huntsman, Scaramucci wrote, “Are you in Moscow now? If not, please visit.”

@SINON_REBORN posts the outcomes of his pranks on Twitter. He has posed as Donald Trump’s son-in-law to dupe Homeland Security Advisor Tom Bossert, tricked Eric Trump, and taken in the CEOs of leading international banks.

On Tuesday morning, the prankster messaged the White House, “I won’t be pranking you any longer, point made. I’m just a dude with a iPhone, you need to tighten up IT policy. love” and then explained:

I targeted @Scaramucci as i've suffered from mental health problems all my life, and he seems to think paranoid schizophrenia is a put down