Syria Daily: Russia — Cooperation with US Continues Despite Sanctions 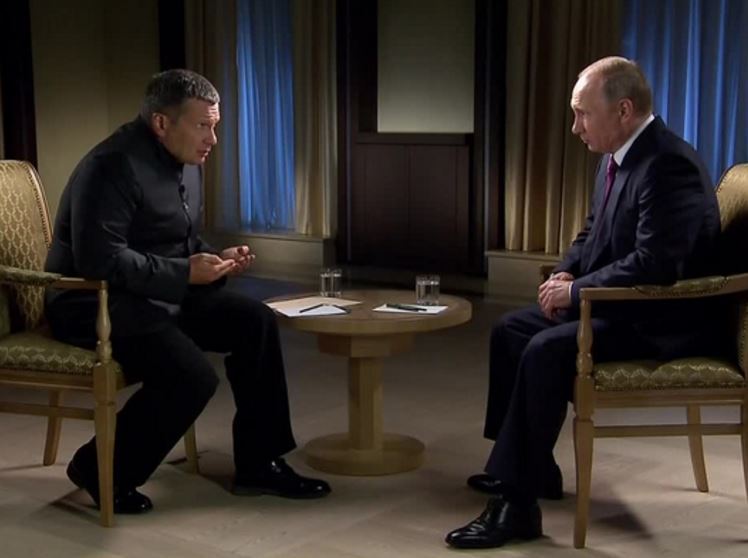 Russian officials, including Vladimir Putin, have emphasized that cooperation with the US in Syria will continue despite new Congressional sanctions on Moscow.

Putin confirmed Russia’s retaliation on Sunday, with the order for the US to cut 755 of its 1,210 staff in the country. The response came days after Congress confirmed a package of restrictions on Russia for its interference in the 2016 US elections, as well as sanctions on Iran and North Korea, and the White House said Donald Trump will sign the bill.

However, Putin drew a line against ending the recently-established US-Russian coordination in Syria, notably the announcement of a “de-escalation zone” in the south of the country. He said there had been “concrete results” in the proclamation of the ceasefire near the Israeli-occupied Golan Heights across to the city of Daraa on the Jordanian border.

Putin did warn that further US moves could threaten the joint approach, as well in areas such as the fight against terrorism, nuclear arms control, and space projects:

Moscow has a lot to say and there is a number of spheres of cooperation that we could potentially cut and it would be sensitive for the US side. But I think we shouldn’t do it. It would harm development of international relations. I hope it won’t get to that point. As of today, I’m against it.

President Vladimir Putin said once again yesterday our collaboration in the southern zone of de-escalation in Syria had brought about practical results. I think continued contacts and coordination of joint efforts to suppress terrorism and foster the ceasefire in Syria in general and in its southern regions in particular will serve the common interests.

Rebel Brigade: US Threatened to Bomb US if We Didn’t Give Up Weapons

A rebel brigade says the US miitary threatened to bomb its positions and headquarters if it did not hand over heavy weapons provided by the US-led coalition.

Abu Omar al-Homsi, thehead of the media office of Shohada al-Quartyan, said the threats followed an attack by the brigade on July 17 against Assad forces and Hezbollah fighters in the mountains of al-Ghorab and al-Halba.

The US has reportedly forbidden rebels to fight pro-Assad units outside a 55-km (34-mile) exclusion zone around the Free Syria Army base at Tanf in eastern Syria near the Iraqi border. Last week Shohada al-Quartyan left the base over the American ultimatum.

Homsi confirmed that the brigade’s leadership will not return “Toyota cars, medium weapons, light weapons, and a number of lorry vehicles to the international coalition, and will continue to use them against the Syrian regime”.