Monocle 24: Trump on the Golf Course, Chaos in the White House 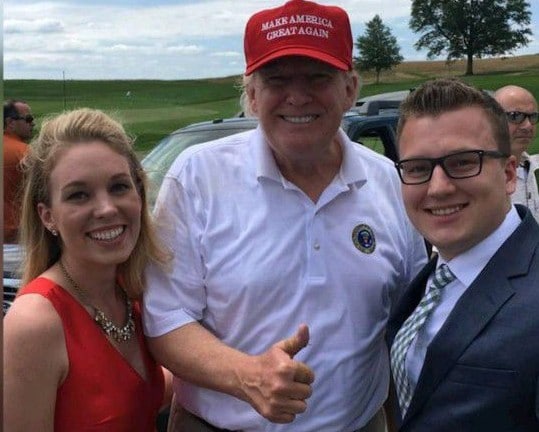 Donald Trump has fled the “dump” — his word — of the White House for a 17-day golfing vacation, but the chaos seems to be unabated in Washington.

Vice President Mike Pence’s team is reportedly planning for a Presidential run in 2020 if Trump is pushed aside or gives up, the Trump-Russia investigation continues, allies of chief strategist Steve Bannon are trying to take down National Security Advisor H.R. McMaster, and there is no sign of a first legislative victory with a budget deadline and possible Government shutdown less than two months away.

I survey the turbulent landscape in an interview with Monocle 24’s The Globalist.

The Trump-Russia investigation is not going to go away, and there are too many officials in Washington who dislike Trump and what he has done to stop putting out bits and pieces of information through the media.

If Donald Trump is having meetings, they will probably be on the 18th tee. This is not a man who is in charge of his Administration, especially while he is in New Jersey, and the growing story is this division within the White House….And for pragmatists like Pence, this may be a step too far with Trump.